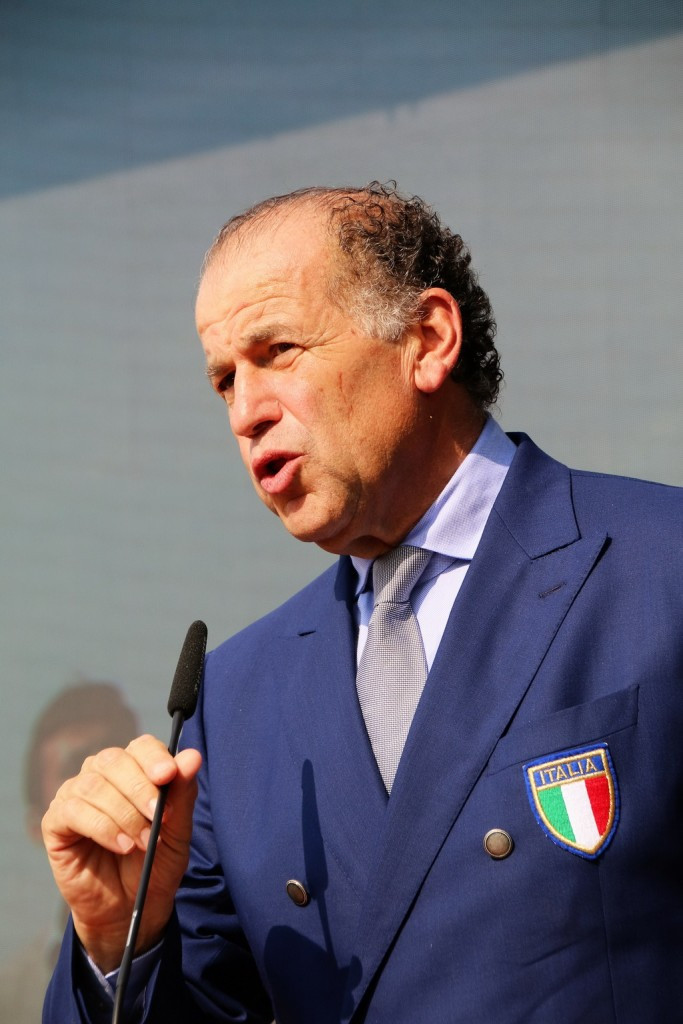 International Shooting Sport Federation (ISSF) vice-president Luciano Rossi has been accused by the worldwide governing body of making a series of "false accusations" and spreading lies in relation to the changes to the Tokyo 2020 programme.

In a strongly-worded statement released today, the ISSF said the Italian had "attacked the 2020 Olympic shooting programme recommendations" and criticised Rossi for spreading "false information".

It came in response to a letter circulated by Rossi, which claimed secretary general Franz Schreiber and fellow vice-president Gary Anderson had held secret talks with the International Olympic Committee (IOC) about the possible introduction of laser guns into the sport.

In the letter, the Italian wrote that the pair "discussed the use of laser guns with the IOC as [the] possible future of the shooting sports".

Rossi, who is the President of the Italian Shooting Federation, also claims his "longstanding support of President Olegario Vazquez Raña has finally come to an end".

It is not yet known what the ramifications will be for the Italian.

Reports in Italy claim the letter, which criticises the alterations to the shooting events at Tokyo 2020, had collected more than 50 signatures.

"There is no transparency, and I want to bring everything to light," Rossi says.

"At this point I'm worried, and I have to dissociate, so far I have served the ISSF with honesty, dedication and passion.

"I hope not to be silenced by this official letter."

According to the ISSF, Rossi also published a number of "attacks" in his native Italy, which suggested there was a "secret relationship" between Schreiber, Anderson and the IOC going on behind the scenes.

The governing body has dismissed all allegations made by Rossi, insisting there is "absolutely no truth to this".

They admitted, however, that the issue of laser shooting had been raised by the IOC sports department, led by Kit McConnell, "because they are well aware that this is now done in modern pentathlon".

"ISSF authorities explained that there are no laser systems that could be used for ISSF shooting and that the ISSF would not support this," the statement read.

"That was the end of the discussion.

"There are no secret agreements or ongoing negotiations about laser and any suggestion to the contrary is a lie."

In a rare example of a governing body publicly criticising one of its own high-ranking officials, the ISSF went on to refute suggestions made in the "campaign" orchestrated by Rossi that the IOC were considering axing firearms events from the programme.

"Further allegations in this campaign suggest that there may have been agreements between IOC and ISSF or pressure to delete firearms events from the Olympic programme," the statement added.

"There was never any discussion with the IOC concerning the deletion of firearms events.

"The ISSF recommendations for the Tokyo 2020 Olympic programme that were developed by an Ad Hoc Committee and unanimously approved by both the ISSF Executive Committee and Administrative Council in New Delhi deliberately avoided any consideration of firearms versus non-firearm events, but instead conscientiously sought to evaluate the 15 Olympic shooting events and potential new events based solely on their merits, their potential for future growth and the results of the 2016 IOC event based analysis.

"The members of these two bodies - including Mr Luciano Rossi, who is a member of both - were able to study the detailed results of those careful evaluations and the fact that both bodies voted unanimously to support the ISSF recommendations should confirm how convincing those evaluations were."

The ISSF approved major changes for the Tokyo 2020 Games back in February in order to comply with IOC wishes on gender equality.

The changes have not been universally popular.