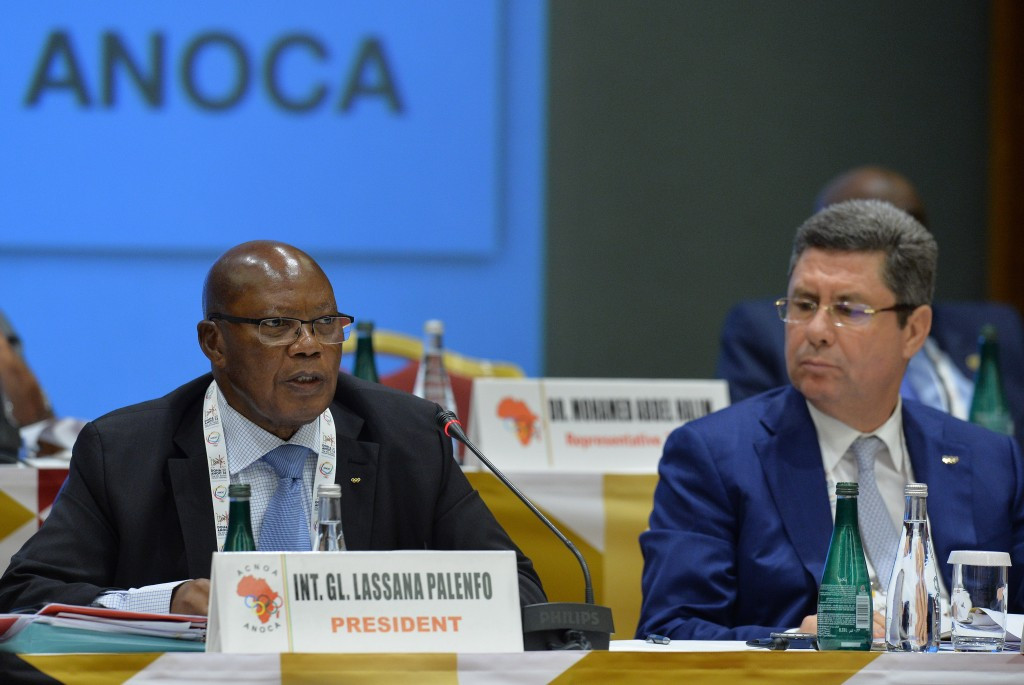 Improving the global profile and reputation of the All-African Games and stepping up the fight against doping are among the key campaign pledges made by Lassana Palenfo in his manifesto for the Association of National Olympic Committees of Africa (ANOCA) Presidency.

Incumbent Palenfo, who is being challenged for his position by Cameroon Olympic Committee President Hamad Kalkaba Malboum, has vowed to improve co-operation with the African Union Sports Council (AUSC) to avoid a repeat of the troubled All-African Games in Brazzaville in 2015.

The build-up to the Games in the Congolese capital was plagued by a row involving ANOCA and the AUSC over the organisation of the event, which proved to be a low-key affair.

The dispute cost the All-Africa Games the opportunity to serve as a qualification event for last year's Olympics in Rio de Janeiro, meaning a lack of interest among athletes.

Ivorian Palenfo, the head of of ANOCA since 2005, has vowed to give the quadrennial event a "greater sport dimension".

The 76-year-old has also promised to make the event "more attractive" and "more covered" by the media "in order to generate profits to ensure its continuity".

Increasing participation in continental events to help them become Olympic Games qualifiers is another pledge made by Palenfo, who had initially claimed in 2013 that he would not stand for re-election.

Palenfo named seven main projects he hopes to accomplish should he secure another term in charge of the organisation, including the successful launch of the ANOCA Beach Games in 2019.

Cape Verde is poised to be named as host of the inaugural event at the ANOCA General Assembly in Djibouti, scheduled to take place from May 9 to 12, where the vote for the President will also be held.

Competition is expected to take place in the village of Santa Maria on Sal island, one of 10 islands which make up Cape Verde.

A total of 19 sports and 1,500 athletes are set to feature, although the exact list has not yet been drawn-up.

Palenfo says in his manifesto that the aim is to ensure the ANOCA Beach Games concept continues beyond the first edition.

The implementation of a new communications and marketing platform is also listed in Palenfo's seven projects, along with a plan to establish an "ANOCA Oscars" - an award ceremony to celebrate the achievement of African athletes at major events.

The Ivorian is targeting the establishment of further programmes in co-operation with the Athletes' Commission to tackle doping, while he has also pledged to consolidate partnerships with the United States Olympic Committee and the Japanese Olympic Committee.

Palenfo is also a former head of the African Judo Union.