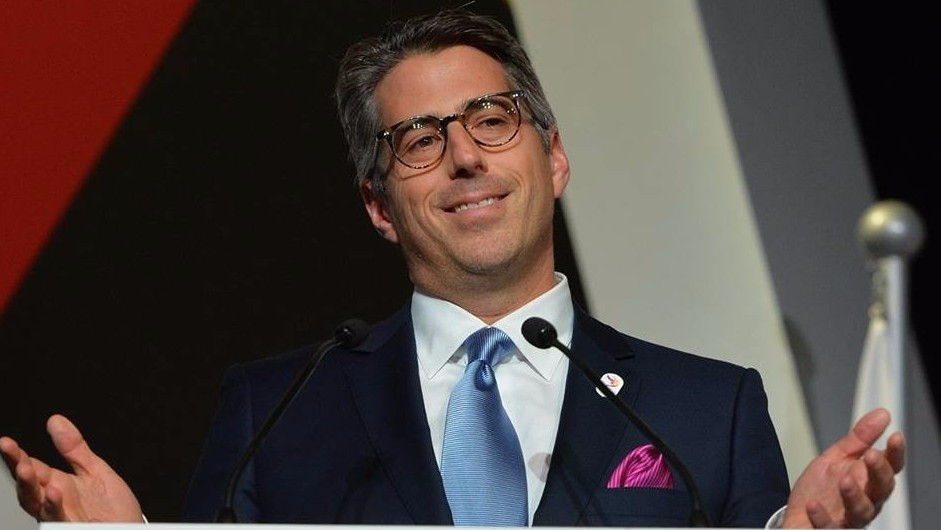 Los Angeles 2024 chairman Casey Wasserman has written an online article which appears to indirectly criticise rhetoric from his counterparts in Paris.

At a press conference in London earlier this month, Paris 2024 co-chairman Tony Estanguet told reporters that it was "now or never" for the French capital, indicating they would only be interested in hosting the Olympic and Paralympic Games in seven year’s time and not the 2028 edition.

Following the withdrawal of Budapest from the bidding race last month, it is thought the International Olympic Committee (IOC) are considering awarding hosting rights for the next two Summer Games at their Session in Lima in September.

Writing on Medium.com entitled "An Opportunity, Not an Ultimatum", perceived to be a criticism of Estanguet’s quotes, Wasserman said the American city is the only one which offers a "sustainable solution for the future of the Olympic Movement in 2024 and beyond".

He then went on to say Los Angeles would bring new ideas to the Olympics if given the 2024 Games and that they will not be making an ultimatum to IOC members.

"We fear that the Olympic Movement’s current detractors will be emboldened by a choice for 2024 other than LA, because only LA offers a true example for repeatable Olympic success for future host cities," Wasserman wrote.

"The 2024/2028 strategy under consideration by the IOC is precisely the type of new thinking that the Movement needs.

"But, it only works if the IOC chooses the right 2024 city  -  the city that brings new ideas and new solutions to the Games  - not more of the same"

Wasserman continued: "So instead of 'now or never,' we think the IOC should focus on “new, or more of the same?”.

"But as in life, opportunities only exist for brief windows of time."

It has been argued by the Paris bid team that if they are not awarded the 2024 Olympic and Paralympic Games, they will not be able to build in future on land earmarked for the Athletes’ Village.

With this in mind, Estanguet has said that they are focused solely on 2024.

But both Wasserman and Los Angeles City Mayor Eric Garcetti have claimed they are also only interested in hosting the Games in 2024.

Wasserman's article can be read here.