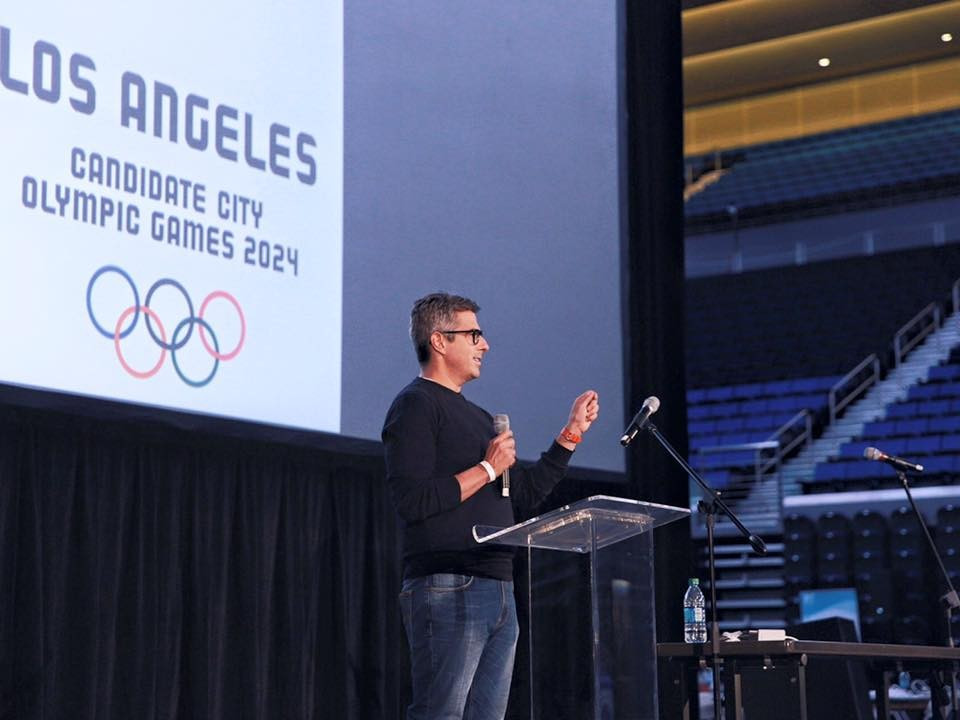 If Agenda 2020 is to be taken seriously then Los Angeles must be awarded the 2024 Olympic and Paralympic Games, the city's bid chairman Casey Wasserman claimed here today.

Los Angeles is locked in a two-way competition with Paris to become the second city after London to host the Olympics three times.

But the competition has been thrown into a state of confusion by the decision of the International Olympic Committee (IOC) to investigate the possibility of awarding both the 2024 and 2028 Games at the same time in September.

Both Los Angeles and Paris, however, have claimed they are each only interested in 2024.

Paris 2024 co-chairman Tony Estanguet insisted at an event in London yesterday there will be "no Olympic and Paralympic Games in Paris in 2028".

Across the Atlantic, Los Angeles Mayor Eric Garcetti had told insidethegames on Sunday (March 19) that they had "never contemplated anything else" but 2024.

It is widely assumed that Los Angeles would be more prepared to wait until 2028 if that was the only option.

However, Wasserman continued to echo Garcetti's position and claimed they are going only for 2024.

"This process the IOC has just begun but since September 2015 our goal, our job, our responsibility, our mandate has been to bid for the Olympics in 2024," Wasserman told insidethegames here today.

"That's what we are specifically focused on and working towards.

"We think staging the Olympics in 2024 is about the future of the Olympics, so we take this very seriously.

"I can tell you unequivocally that the bid we delivered in February is the Games we will host in 2024.

"This is about hosting the Games in 2024 and the reality that that entails and the opportunity and the direction of the Olympic Movement for the next 50 years."

Paris has claimed that if it does not host the Games in 2024 then they will not be able to build on the land earmarked for the Olympic Village in Seine-Saint-Denis as it will not be available after that.

Los Angeles claim they would not need to build anything new to host the Olympics in 2024.

"This is the most highest capacity sports market in the world," Wasserman told insidethegames.

"Those venues are in the business of hosting the biggest events and there's no bigger event than the Olympic Games.

"Those venues exist and are ready to host the Olympic Games.

"It's easy to say that our venues exist apart from the ones we have to build.

"What are we selling is what the International Olympic Committee needs to be buying," Wasserman told insidethegames.

Agenda 2020 was introduced by IOC President Thomas Bach in December 2014 to try make the world's biggest sporting event cheaper to stage and more attractive, as well as bolster the credibility of the Olympic Movement.

"We think it defines the future of Olympic hosting.

"We think this is the right bid at the right time."