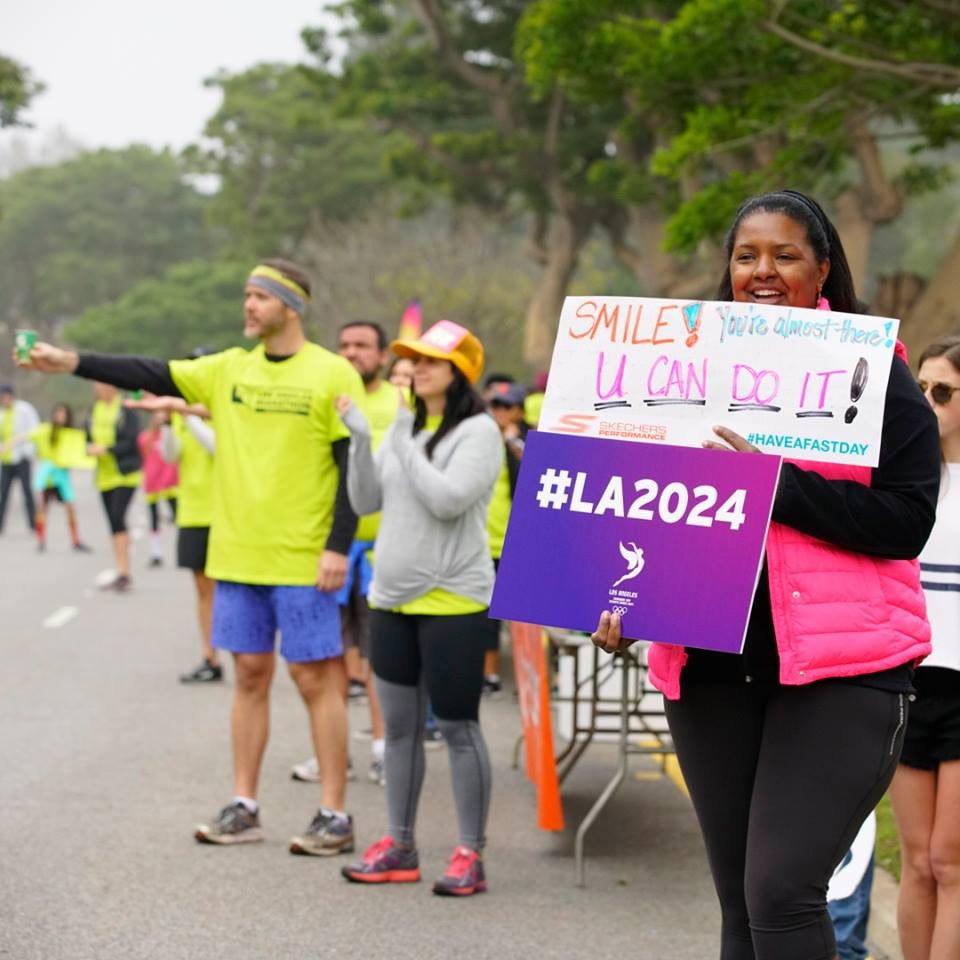 Los Angeles Mayor Eric Garcetti has warned that his city is not going to give up on their campaign to host the 2024 Olympic and Paralympic Games, despite increasing signs the 2028 event will be awarded at the same time.

Garcetti, though, wants Los Angeles to continue to push hard to host the 2024 Olympics.

"We are competing for 2024," he told insidethegames here.

The International Olympic Committee (IOC) contacted both Los Angeles and Paris following the decision of its ruling Executive Board last week to establish a working group to investigate the possibility of awarding both the 2024 and 2028 Games at its Session in Lima on September 13.

"They have kept us abreast of the conversations they are having, which is appropriate," said Garcetti.

"I support those kind of conversations.

"There are too many cities that lose, it costs way too much [to bid].

"I support those kind of reforms but that is a bigger question for the future.

"We will play by the rules and the rules today say this is a competition for 2024."

The possibility of awarding both the 2024 and 2028 Olympic and Paralympic Games follows a bid campaign which has seen the unprecedented decision of three cities - Hamburg, Rome and Budapest - to withdraw during the process following local opposition.

There are also fears that cities, particularly in Western Europe, are less willing to bid for the Olympics.

Garcetti believes awarding the Games to Los Angeles would help rebuild the brand, just as it has done in the past.

"This is a defining moment for the Olympics," Garcetti told insidethegames.

"Too many cities are dropping out or not competing.

"This will be the second competition with just two cities.

"They [the IOC] need to look at a model that works again.

"Los Angeles has always prided itself on re-booting the Games.

"We always say we are a 'Games-changer'.

"In 1932 with the first Olympic Village, a tried and trusted model which has worked ever since.

"In 1984 there was private sponsorship.

"I think this time it is a combination of that together with two factors.

"One, the 'ready to play Olympics' where the infrastructure is already in place.

"Secondly, Los Angeles and California is the city best prepared to tell the story of the Olympics that connects with a new audience.

"It's a much more distracting world for fans.

"They've got sports leagues, new sports that don't necessarily pull in the same audience members of the Olympics and we want this to be a 'bridge Olympics' which bring in a whole new generation of fans into loving the legacy sports of the Olympics, as well as feathering in the new sports of our time.

"Through Hollywood and Silicon Valley we are uniquely prepared to do that.

"At the beginning I said I didn't want to win the Olympics for my city I want my city to continue supporting the Olympics.

"For us this is not about one year, it's about a century-long relationship for Los Angeles and the Olympics.

"We love the Olympics.

"We present a unique stability here.

"It is not about something way-off in the future.

"It's about we know we can deliver that year and what we are prepared to offer that year."

Polls in Los Angeles show that nearly nine out of 10 people want to host the Olympics for a third time, becoming only the second city after London to do so.

"At a time of great political cynicism around the world that something would be loved as the Olympics are in LA with an 88 per cent reservoir of support is phenomenal," said Garcetti.

"I have my residents coming up to me every single day saying, 'We want them back'.

"Everyone says the Olympics is in their DNA.

"In Los Angeles it is true."