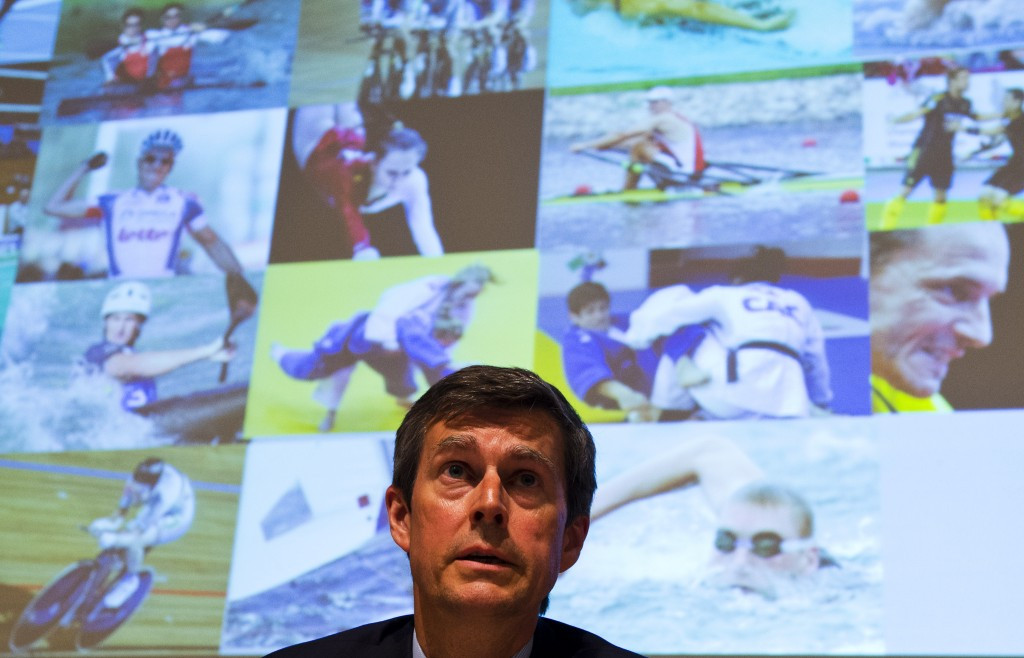 Belgium's Pierre-Olivier Beckers has become the latest International Olympic Committee (IOC) member to support calls for the 2024 and 2028 Olympic Games to be awarded together later this year.

Beckers, President of the Belgian National Olympic Committee President, elected to the IOC in 2012, also called on more general proposals to reform the bidding process at a "special session" in July.

IOC President Thomas Bach is widely believed to be supporting a plan to avoid disappointing either one of the two remaining bidders in the 2024 race, Los Angeles and Paris.

Hamburg, Rome and Budapest have all withdrawn from the race since it officially started in September 2015.

"That would be a good thing," Beckers told Le Soir.

"Do it now, when we know that there is a crisis to solve this process, and thus to avoid a loser and one of the two cities to say, 'I spent all that for nothing'.

"Confirming the holding of the Games in two extraordinary and emblematic cities that are capable of organising them in a professional way seems to me extraordinarily positive for the Olympic Movement.

"That would give us time until 2025 to make a thorough reform."

Other IOC members to have publicly supported the plan so far include Canada's Richard Pound, Britain's Adam Pengilly and St Lucia's Richard Peterkin.

Many others opposed the idea last month.

Of the three IOC vice-presidents to respond to insidethegames, Australia's John Coates said he "hasn't worked out how it would be done".

Turkey's Uğur Erdener said that, in his opinion, "it is not feasible at this time".

China's Yu Zaiqing claimed it "would need to be discussed at an IOC Session" because the Olympic Charter would require changing.

Others to oppose or raise concerns with the proposal included Norway's Gerhard Heiberg and Taiwan's Executive Board member and International Boxing Federation President C K Wu.

insidethegames understands that some of those members initially against the idea are beginning to see its appeal.

A key element for debate concerns how exactly it would be introduced.

The idea is not officially on the agenda for the IOC Executive Board meeting starting here tomorrow.

It is bound to be discussed on an informal basis, however.

It is thought that some sort of meeting must be held before the scheduled vote at the IOC Session in Lima on September 13 to discuss potential changes to the Olympic Charter.

A special IOC Session could be held in Lausanne to coincide with the technical briefing for Los Angeles and Paris, due to take place on July 11 and 12.

It was initially seen more likely that Paris could play host in 2024 and Los Angeles would be awarded 2028.

But both Paris and Los Angeles have repeatedly claimed to be only interested in 2024.

Paris insist they only have planning permission for their proposed Athletes' Village site in Saint Denis for 2024, while Los Angeles claim they will also have to renegotiate key elements including City Council support.

"We must see if Paris and Los Angeles will agree," Beckers admitted.

"In both cases, there is today a harmony that allows the candidature to move forward.

The Belgian was adamant that fundamental changes are needed.

"Yes, and I'm not the only one [who believes in the need for change]," Beckers added to Le Soir.

"The President of the IOC, Thomas Bach, is also convinced.

"We will work on proposals for reform at a special session in July.

"The IOC must take responsibility for improving and streamlining the Games allocation process.

"And if a city is not elected and wants to represent itself four years later, it will still have to spend tens of millions of dollars.