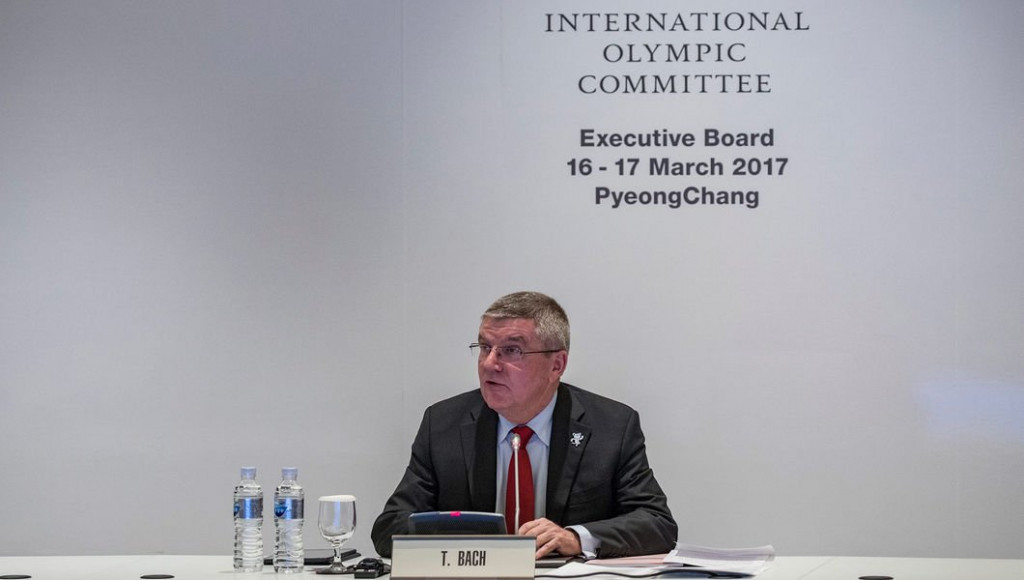 A working group chaired by the four International Olympic Committee (IOC) vice-presidents has been set-up to discuss reforms to the bid process, including possibly jointly awarding the 2024 and 2028 Games later this year, it has been announced here today.

"Changes should be with a view to making the candidature procedure more proactive, more collaborative in such a way to make it less expensive," said IOC President Thomas Bach.

"All the options are on the table, and this includes also the '24-'28 procedure and vote."

The co-awarding plan has gathered pace in recent weeks in a bid to avoid missing out on either the French or American cities.

Bach is thought to be driving the issue behind the scenes, although this marks the first time he has publicly commented.

The German claimed that, in his opinion, no change to the Olympic Charter is required to award both Games at once.

"My feeling is, the Charter is flexible enough also in this respect," he said.

"We always have to have room for interpretation to adapt to changing times."

Rule 33.2 of the Charter says, "Save in exceptional circumstances, such election [for Olympic host cities] takes place seven years before the celebration of the Olympic Games."

He did not directly respond to the question of whether he considered the current situation "exceptional".

Bach also said that it is up to the IOC vice-presidents - Australia's John Coates, Turkey's Uğur Erdener, China's Yu Zaiqing and Spain's Juan Antonio Samaranch - to decide if the IOC members must vote before changing the process.

It is also up to the quartet to decide whether Los Angeles and Paris should be consulted during the deliberation process.

Coates, Erdener and Yu all publicly opposed or cast doubt when contacted by insidethegames about the idea last month.

Coates said he "hasn't worked out how it would be done".

Erdener said that, in his opinion, "it is not feasible at this time".

Yu claimed it "would need to be discussed at an IOC Session" because the Olympic Charter would require changing.

Others to oppose or raise concerns with the proposal included Norway's Gerhard Heiberg and Taiwan's Executive Board member and International Boxing Federation President C K Wu.

IOC Executive Board members evaded commenting on the issue today and were keen to leave the stage to Bach to make the announcement.

Brisbane in Australia and Istanbul in Turkey are two potential bidders.

Another concern relates to whether Los Angeles or Paris would be willing or able to put their bid on hold for four extra years.

Both publicly maintain that they are only focusing on the 2024 Olympic and Paralympic Games.

But the idea also has its supporters within the IOC.

"We have two excellent candidates there from two major Olympic countries," Bach added.

"This is a position you like to be in."