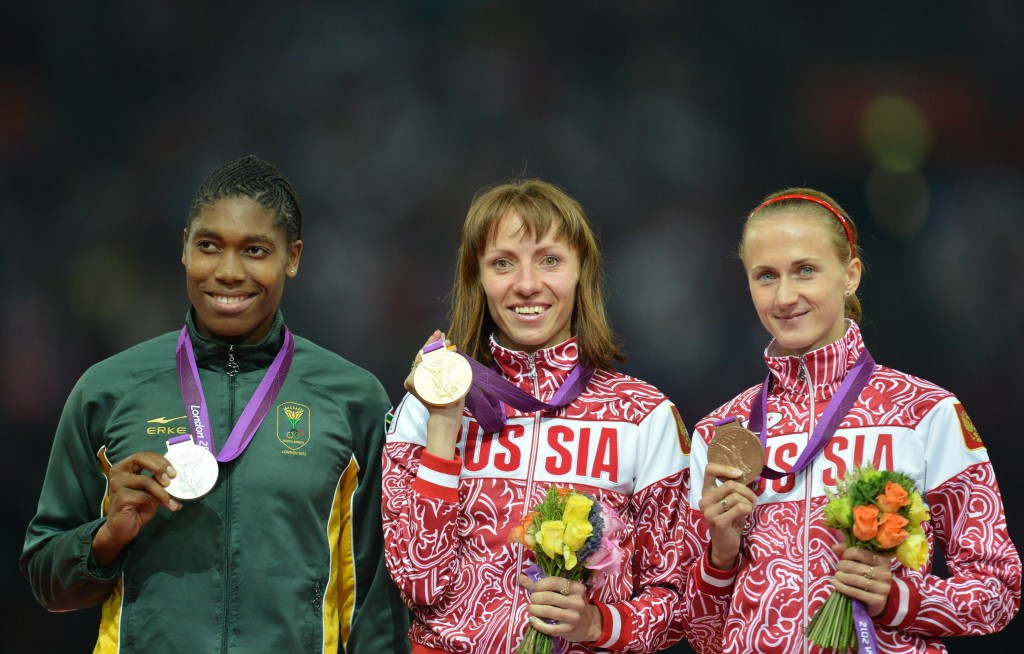 Russian 800 metres runner Mariya Savinova has launched an appeal to the Court of Arbitration for Sport (CAS) after she was stripped of her Olympic Games gold medal from London 2012 and banned for four years.

The 31-year-old was given a lengthy ban by the CAS last month after they found the Russian athlete had "engaged in using doping" from July 26 in 2010 until August 19 in 2013.

The decision from the CAS also stripped Savinova of the 800m title she won at the 2011 World Championships in Daegu, as well as her European crown from the previous year.

Caster Semenya of South Africa is in line to be upgraded to 800m gold at both London 2012 and the 2011 Worlds in the South Korean city.

Semenya, winner of the event at Rio 2016 after being cleared to compete in 2010 following a gender test row, is set to be crowned as a double Olympic and world champion.

The last-ditch appeal from Savinova, submitted just before the deadline, prolongs the wait for Semenya to be given the medals she stands to receive, however.

An International Association of Athletics Federations (IAAF) spokesperson confirmed to insidethegames that she had officially appealed to the CAS, the body which handed out the suspension.

The Russian athlete had 45 days from the notification of the ban to file her appeal.

The case is therefore not definitively closed because the initial sanction was a first instance CAS decision, due to the current suspension of the Russian Athletics Federation.

It was brought by the IAAF against the athlete based upon her biological passport, which CAS decided upon.

Savinova's team-mate Ekaterina Poistogova was third in the 800m final in London but is also under investigation for doping.

Pamela Jelima of Kenya could inherit the Olympic silver medal if Poistogova is retrospectively disqualified, with Alysia Montano of the United States set to be pushed up to third.

Another Kenyan, Janeth Jepkosgei, could be upgraded to 2011 World Championship silver, with Montano the new recipient of the bronze medal from the event six years ago.

Yvonne Hak of The Netherlands will replace Savinova as 2010 European champion and Britain's Jenny Meadows will be elevated to silver.

The World Anti-Doping Agency had initially called for Savinova to be banned for life after she was named as one of five Russian athletes implicated in their first Independent Commission report.