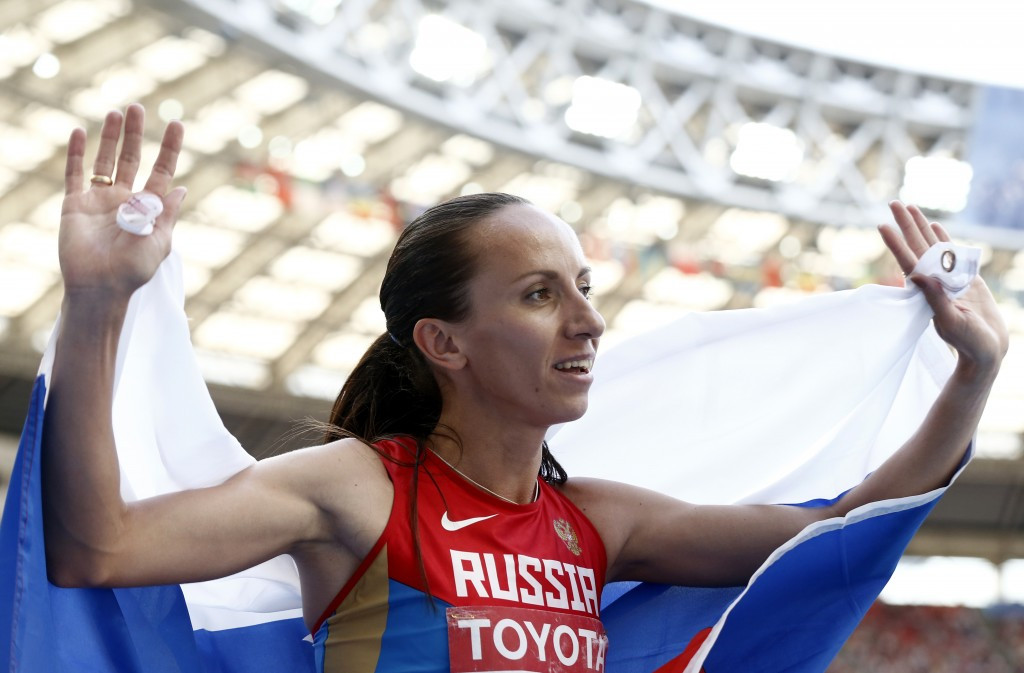 Mariya Savinova could be stripped of her 2011 European Athlete of the Year award after her four-year ban for doping.

It means she was stripped of her Olympic gold medal from London 2012 and her world title from Daegu in 2011.

The 31-year-old was "found to have been engaged in using doping" by CAS with her ban backdated to begin from August 2015.

Svein Arne Hansen, the President of European Athletics, has now confirmed that Savinova's female athlete of the year award could also be removed.

Her coach, Vladimir Kazarin, could also lose his coach of the year prize from the same year.

"European Athletics is aware that the affected performances include those that led to Mrs Savinova being named European Athlete of the Year in 2011," Hansen said.

"These cases will now be included in an on-going review of the integrity of all past European Athletes of the Year and the winners of other European Athletics awards and honours.

"Although it is subject to appeal, the ruling is a disappointing confirmation that our sport of athletics, its values and the trust of millions of followers have been betrayed."

The European Athletics Council is likely to discuss the issue at its meeting in Paris between April 28 and 30.

Savinova will be able to appeal and the case is not definitively closed because it is a first instance CAS decision, due to the current suspension of the Russian Athletics Federation (RusAF).

It was brought by the International Association of Athletics Federations (IAAF) against the athlete based upon her biological passport.

Caster Semenya of South Africa is in line to be upgraded to 800m gold at both London 2012 and the 2011 World Championships.

The World Anti-Doping Agency (WADA) had initially called for Savinova to be banned for life after she was named as one of five Russian athletes implicated in their first Independent Commission report.

Savinova was caught admitting to injecting banned substance testosterone and taking oxandrolone in undercover footage filmed by whistleblower Yuliya Stepanova back in 2014.

It prompted WADA to launch an investigation, which culminated in the Russian Athletics Federation being banned from international competition in November 2015.

She was also stripped of her 2010 European title from Barcelona.