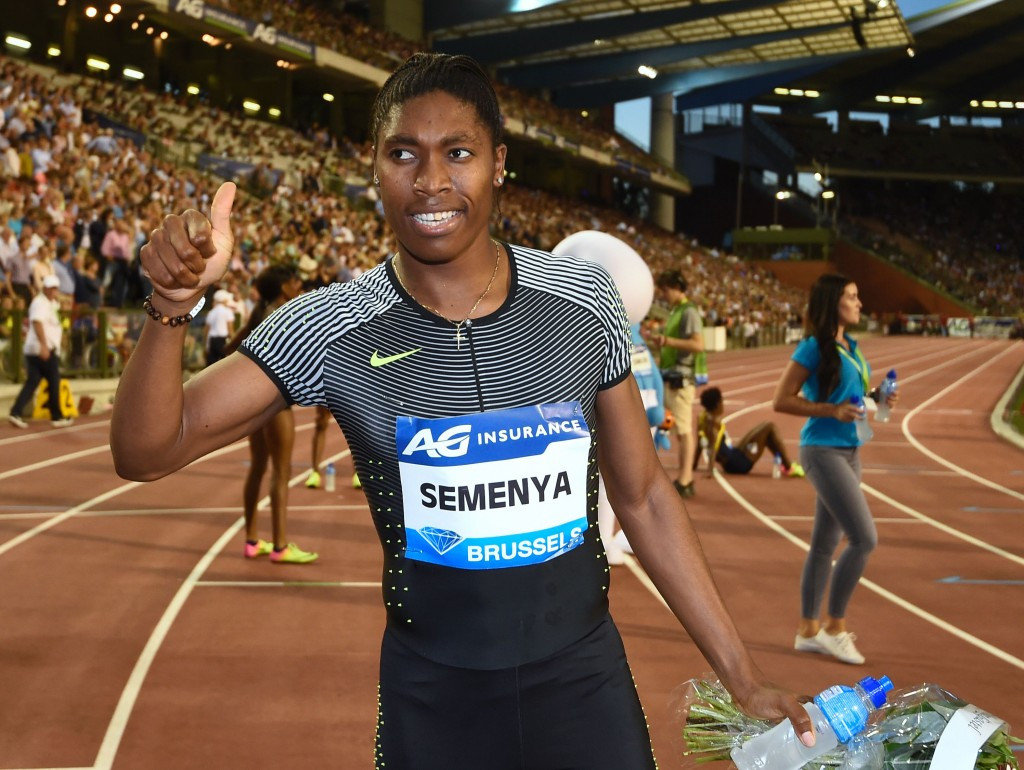 International Association of Athletics Federations (IAAF) President Sebastian Coe has reiterated the organisation's desire to be successful in challenging the Court of Arbitration for Sport's (CAS) suspension of a ruling which halted the monitoring of female athletes with higher than usual levels of testosterone.

South African 800 metres runner Caster Semenya is the most high-profile athlete who would be affected should the IAAF win their appeal to the CAS.

The 26-year-old, who won the Olympic gold medal over two laps of the track in Rio de Janeiro last year, is in line to be upgraded to first place in the 800m races at London 2012 and the previous year's World Championships in Daegu after Russia's Mariya Savinova was stripped of her titles for doping.

Following her world title win at Berlin in 2009 it was revealed that the then 18-year-old Semenya had undergone gender testing and she was withdrawn from international competition until July 2010.

But last year, the rules introduced by the IAAF in 2011, partly in response to Semenya’s case - which required female athletes with high levels of male hormones to obtain medical clearance before competing - were suspended for two years by the CAS.

Scientific evidence provided by the IAAF concerning the rule was deemed questionable by sport's supreme court.

Coe told ABC News Radio programme The Ticket that they needed a resolution to the issue but insisted they would "defend" Semenya's right to compete.

“We are working through this and we have until the summer," the Briton, a double Olympic gold medallist, said.

"The work that is being done within the sport in this area is really important work and I have always been very clear about this.

"Caster Semenya is eligible to compete and she will compete, we will defend her right to compete – this is important."

Asked why the IAAF were going back to the CAS over the matter, Coe added: "We worked long and hard on that and we had some of the world’s best brains looking at that.

"We feel the science behind that, we gauged to be right.

"It was overturned and it is not unreasonable for us to want to make sure we properly understand going forward why that decision was made and what we can do if there is anything to address it as we do need to resolve this."

Semenya, who looks set to be crowned a double Olympic and world champion after the CAS banned Savinova for four years for doping, is seemingly nonplussed about the prospect of adding another two gold medals to her collection.

Her coach, Jean Verster, told South African media that it was "nothing to get excited about".

"We weren’t there on the podium and there was no national anthem so it’s kind of water under the bridge for us.

"It’s not the same feeling as it was in the Rio Olympics last year.

"It is nice to know they are catching the cheats five years down the line, though, but it’s nothing to get excited about for us."

Savinova still has a faint glimmer of hope, however, as she will be able to appeal within the next 45 days and the case is not definitively closed because it is a first instance CAS decision, due to the current suspension of the Russian Athletics Federation (RusAF).

It was brought by the IAAF against the athlete based upon her biological passport, which CAS was deciding upon.