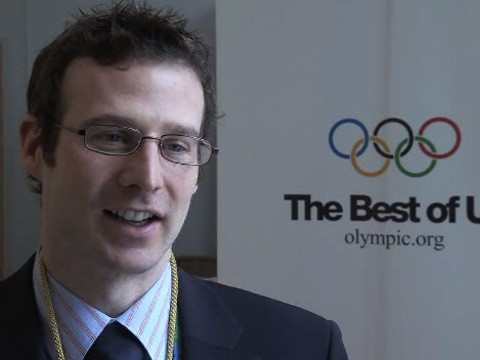 International Olympic Committee (IOC) Athletes' Commission member Adam Pengilly believes awarding both the 2024 and 2028 Olympic and Paralympic Games to Paris and Los Angeles is a "sensible" means to ensure a decade of stability.

Pengilly's comments at the Tackling Doping in Sport Summit here follows speculation that IOC President Thomas Bach is supporting the plan to avoid disappointing either Los Angeles or Paris.

The French capital and the Californian city are the only two candidates left in the race following the withdrawal of Budapest.

It is thought most likely that Paris would be awarded the 2024 event at the IOC Session in Lima on September 13 and Los Angeles the 2028 edition.

The idea has been criticised by some sections IOC, though.

Three of its four vice-president expressed reservations or outright opposition when contacted by insidethegames last month.

Pengilly, who did not state a preference for which candidate city plays host the 2024 or 2028 Games, believes the benefits outweigh the risks.

"I’ve thought about this over the past few weeks and have come to the conclusion that it is a very good idea to award both the 2024 and 2028 to the current bids," he told insidethegames here.

"We, IOC members, are guardians of the Olympic Games and Olympic Movement and when we find ourselves in this unique position, this is a sensible way to guard the Summer Olympics for over a decade.

"Well, there are just two bids, both have the potential to host excellent Games, they are from stable countries, they should both offer great legacy for their cities and countries, they are low risk in general and with limited infrastructure costs, and as things stand, they have great public support."

Pengilly, who represented Britain in the skeleton at two Winter Olympics, added that there was no guarantee that good bidders for 2028 would emerge if the co-hosting plan was not adopted.

"Now, I understand the potential frustration of certain NOCs (National Olympic Committees) or cities that may be planning to bid in 2028, but we have limited bid information and no idea what will happen between now and then," he said.

"Will they have higher risk legacy propositions?

"Will they change their minds about bidding?

"Will they get Government support?

"Will they get the public support to win a potential referendum?

"As I said, we are the guardians and this is a positive opportunity that has presented itself.

"Therefore, particularly with current experience of Western cities pulling out, I believe we would be sensible to take advantage of this situation if the 2024 bids are willing."

The Briton is just the second IOC representative to publicly support the proposal, following Canada's Richard Pound, the longest-serving member of the body.

Their support marks a shift in direction for both of them as Pound and Pengilly have been critical of Bach in the past.

Pengilly, due to stand-down as an IOC member next year after reaching the end of his eight-year-term, was the only member to oppose the IOC Executive Board decision not to hand Russia a blanket suspension from Rio 2016 in August following evidence of state-sponsored doping.

Of the three IOC vice-presidents to respond, Australia's John Coates told insidethegames he "hasn't worked out how it would be done".

Turkey's Uğur Erdener said that, in his opinion, "it is not feasible at this time".

China's Yu Zaiqing claimed it "would need to be discussed at an IOC Session" because the Olympic Charter would require changing.

Others to oppose or raise concerns with the proposal included Norway's Gerhard Heiberg and Taiwan's Executive Board member and International Boxing Federation President CK Wu.

International Paralympic Committee President Sir Philip Craven said here yesterday that he does not usually support changing the rules of a process midway through.

Kuwait's influential Association of National Olympic Committees President Sheikh Ahmad Al-Fahad Al-Sabah has also claimed he will stay neutral for the time being, despite supporting in principle the idea of awarding two events at the same time.

It is not yet clear if Bach's views have been changed by the opposition from his IOC colleagues and - in many cases - his close allies.

He did not mention the proposal last week in an interview on possible reforms with German newspaper Stuttgarter Nachrichten, but has previously claimed to welcome discussion on the possible joint-awarding plan.

The German has repeatedly said that changes are needed to reduce the number of "losers" in the bidding process.

It is expected that the plan will be discussed further at the IOC Executive Board meeting in Pyeongchang due to take place on March 16 and 17.