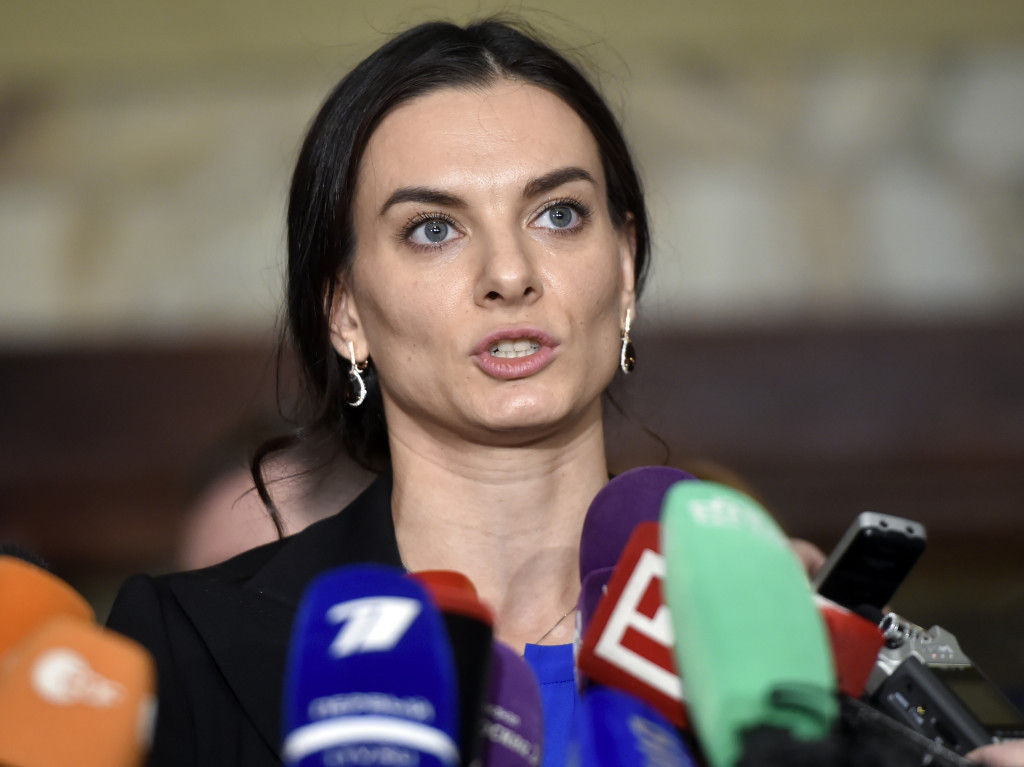 The gold medallist from Athens 2004 and Beijing 2008 was nominated by the Russian Olympic Committee with the news following the 34-year-old being made head of RUSADA in December.

"The ROC has nominated Isinbayeva as a member of the RUSADA supervisory board," Alexandra Brilliantova, the ROC's legal department head, told news agency TASS.

It comes as anti-doping policies in the country remain under scrutiny.

A World Anti-Doping Agency (WADA) report headed by Canadian lawyer Richard McLaren revealed more than 1,000 Russian athletes were implicated in a state-sponsored doping scandal between 2011 and 2015.

The International Association of Athletics Federations (IAAF) banned Russian athletes in November 2015 from competing, a suspension which is still in place, and RUSADA was put on the World Anti-Doping Agency's (WADA) non-compliant list.

The ban meant Russian track-and-field stars, apart from long jumper Darya Klishina after she proved she had been training under an effective doping system outside of her home country, were unable to participate at the Rio 2016 Olympics.

It was confirmed earlier this year that the IAAF Taskforce had recommended that the Russian Atheltics Federation (RusAF) should not be reinstated until November at the earliest, meaning they will miss the World Championships being hosted at London’s Olympic Stadium in August.

Russians might still be allowed to compete at the Championships, due to take place between August 4 and 13, if they are given permission by the IAAF to do so as independent athletes.

A number of Russian officials, including Isinbayeva, have questioned the validity of the evidence against the country’s athletes and has attacked whistleblowers including husband and wife Vitaly Stepanov and Yuliya Stepanova following a documentary on German channel ARD.

Yesterday, it was confirmed that RUSADA’s director general Anna Antseliovich had resigned from the role.