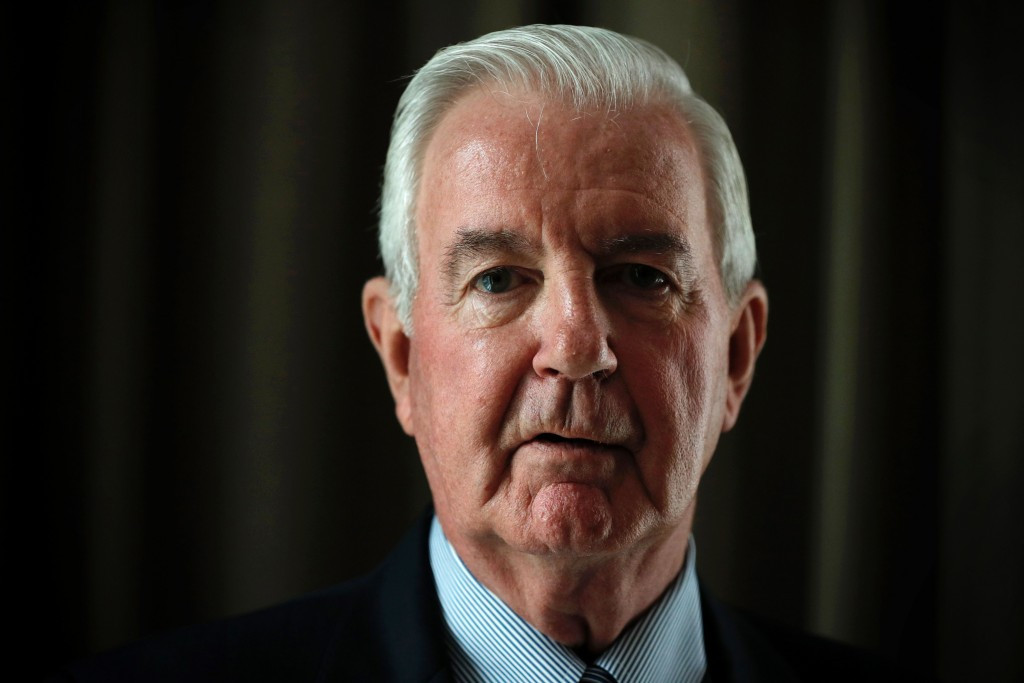 World Anti-Doping Agency (WADA) President Sir Craig Reedie has admitted he was blindsided by the release of an International Olympic Committee (IOC) letter which revealed his organisation had warned there may not be sufficient evidence in the McLaren Report to bring sanctions against Russian athletes.

Sir Craig, who says he has since been “assured” by the IOC that it will not happen again, described the letter as "counter-productive".

The Scot also offered a staunch defence of the findings in the document from the Canadian lawyer, published in December.

An open letter was made public on Friday (February 24) where IOC director general Christophe de Kepper claimed that WADA admitted that the evidence in "many cases" against Russian athletes may not be strong enough to impose sanctions.

A meeting took place between the Association of International Olympic Winter Sports Federations (AIOWF) and WADA last week to discuss the McLaren Report.

Sir Craig, who was re-elected WADA President at the Foundation Board meeting in Glasgow in November, was left frustrated by the letter being published but insisted the issue was now in the past.

“I didn’t know they were going to publish the letter and I have been assured that this blindside will not recur,” he told insidethegames.

"The letter was simply counter-productive as WADA has been working long and hard with the Russian Anti-Doping Agency (RUSADA) to rebuild the anti-doping system in Russia.

"It distracted from the fact that McLaren exposed institutionalised doping involving the lab director of RUSADA, the FSB, Government officials and athletes.

“We simply have to live with it.

“You can see the interpretation of it with the almost immediate rush of comment from within Russia effectively supporting the emphasis the IOC took in their letter.”

The claims made in the letter were met with praise from Russian officials, who continue to doubt the legitimacy of the findings in the McLaren Report.

However, the country's President Vladimir Putin yesterday called on Russia to “heed the demands” of the document.

In what represented a rare acknowledgement of the report, Putin went on to admit their anti-doping system had “failed”.

Sir Craig defended both McLaren and his findings, reiterating that it was never in the Canadian's remit to pursue anti-doping rule-violations against individual athletes.

“As far as I am concerned, it becomes a question of emphasis,” said Sir Craig.

“The letter that went out from the IOC tended to emphasise the evidence problems as a priority and it didn’t deal at all with the fact that McLaren did exactly what he was asked to do under his terms of reference and that is to produce evidence of an institutionalised doping conspiracy, which he did, absolutely.

“He did what he was asked to do and the evidence is there and it is up to people to act on it now.

“That is the emphasis that should be placed on it as opposed to perceived problems on details of the evidence.”

Previous concerns about the data were raised by International Federations last year when the first part of the report was released.

"The letter lays out simply and in a transparent manner the actions recently taken by the IOC and the Olympic Movement to protect the clean athletes and contribute to the reform of the anti-doping system," an IOC spokesperson said.

"As it stated in the first paragraph; “given the sometimes confusing public discussion,” it provides "an update of the current situation".

"We would hope that such an approach would be welcomed by all.

"The IOC was just quoting the statements by Professor McLaren and WADA.

"We also expressed very clearly that we are cooperating with Professor McLaren and WADA."