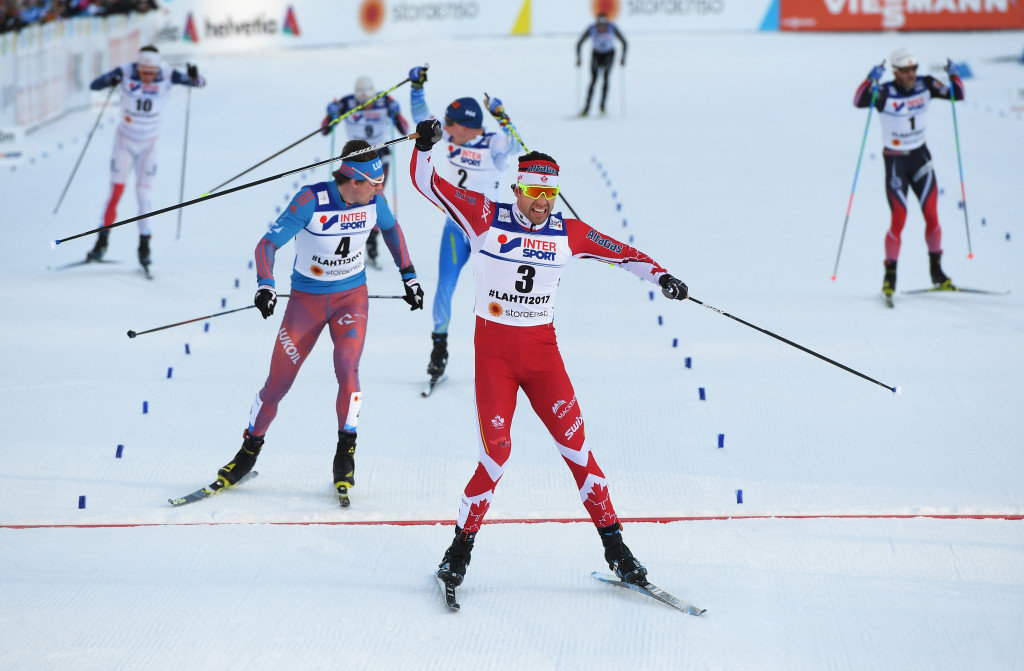 Alex Harvey brought the curtain down on the International Ski Federation (FIS) Nordic World Ski Championships in Lahti with a thrilling victory in the men's 50 kilometres cross-country today.

The Canadian trailed Norway's Martin Johnsrud Sundby heading into the final corner after over 100 minutes of skiing, before timing his move perfectly.

He swept past Sundby before pressing clear to finish in 1 hour 46min 28.90sec at the Finnish resort.

This was Canada's first World Championship gold in cross-country since 2011, when Harvey and Devon Kershaw won the team sprint event.

Russia's Sergey Ustiugov claimed a fifth medal of the week by finishing just 0.6 seconds behind in second place.

Britain's Andrew Musgrave was next to cross the line in a shock fourth place, while Sundby had to settle for fifth.

The top six finishers were separated by just 3.4 seconds.

Norway finished the week on top of the medals table after seven cross-country skiing golds.

This included a clean sweep of the six women's events, where Marit Bjørgen starred with four individual titles.