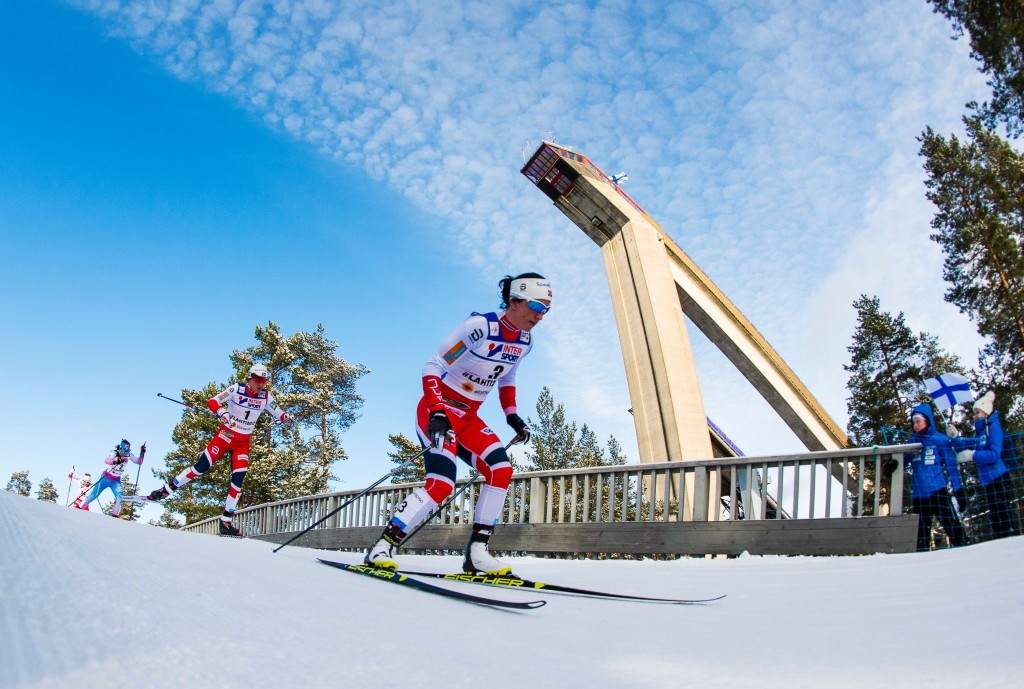 It marked the 18th world title of her illustrious career and her fourth of this edition in the Finnish resort.

The 36-year-old, who broke her pole in the early stages, formed part of a group of nine skiers who broke clear before battling over the final stages.

Swedish rival Charlotte Kalla also broke a pole on the penultimate climb to leave the dominant Norwegians to battle it out.

"It was probably the first time I have broken pole in a race," said Bjørgen.

"Luckily that happened before the downhill and did not affect the race at all.

"I skied a lot in the front to stay away from trouble - it was fast conditions.

"Lahti 2017 has been a big goal for me and to win four gold medals is amazing."

Piotr Żyła, Dawid Kubacki, Maciej Kot and Kamil Stoch teamed up for a score of 1104.2.