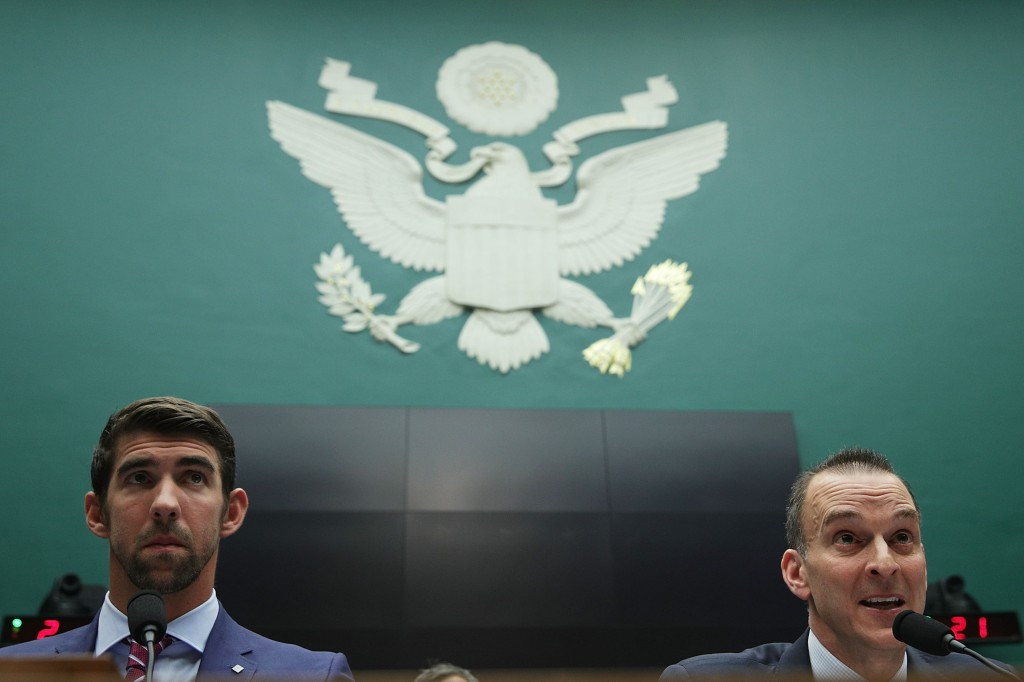 The International Olympic Committee (IOC) has taken steps to once again outline its plan for anti-doping reforms following the evidence given at a Congressional Sub-Committee hearing in Washington D.C.

Travis Tygart, the United States Anti-Doping Agency (USADA) chief executive, was highly critical of the IOC at the hearing at the House of Representatives yesterday and claimed they had let down clean athletes.

The IOC refused to impose a total ban of Russian athletes at Rio 2016, opting instead to hand the power to International Federations.

The International Paralympic Committee, however, banned all Russian competitors from competing in the Brazilian city.

"At least two Olympic Games were corrupted and, at the Rio Games this past August, scores of Russian athletes were allowed to compete without credible anti-doping measures," said Tygart.

"When the moment came, despite mountains of evidence and vocal opposition from anti-doping leaders and clean athletes from around the world, the IOC chose to welcome the Russian Olympic Committee to Rio."

"Following yesterday’s US Congress hearing on the future of the international fight against doping there was once again uncertainty about the roles and responsibilities and about future reforms of WADA," said Adams.

"We would like to take this opportunity once more to lay out the proposals from the Olympic Movement.

"We are fully in agreement that testing and sanctioning need to be independent from sporting organisations but also from national interests.

"In this respect, we hope that the US, and other governments, will support us in this reform.

"A standard level of testing must be harmonised per sport in close cooperation with the relevant International Federation (IF) to ensure that athletes from all nations in one sport or discipline are treated equally.

"In respect of decisions being taken on a national level, even the perception of the protection of national athletes is damaging.

Adams claimed the IOC hope that WADA will become neutral from other sporting bodies.

"As for the WADA's governance, we hope to make it more independent from sports organisations and governments," he added.

"We have already offered to elect a neutral President of WADA but this has not been accepted by our partners in WADA yet.

"We are still ready to once again discuss this."

Former swimmer Michael Phelps, the most decorated Olympian in history, claimed at the Congressional Sub-Committee hearing that he feels he never competed against a totally clean field during his career.

Phelps, winner of 23 Olympic gold medals, appeared at the hearing being held in the US capital by the Sub-Committee on Oversight and Investigations, part of the Committee on Energy and Commerce.

Phelps was one of five witnesses called to testify.

"I don't believe I've stood up at an international competition and the rest of the field has been clean," Phelps said.

"Throughout my career, I have thought that some athletes were cheating and in some cases those suspicions were confirmed.

"Given all the testing I and others have been through, I have a hard time understanding this.

"I know that when I do stand up in the US, I know we're all clean because we're going through the same thing.

"We're going through the whereabouts, the out-of-competition test.

"We're doing all of that stuff."