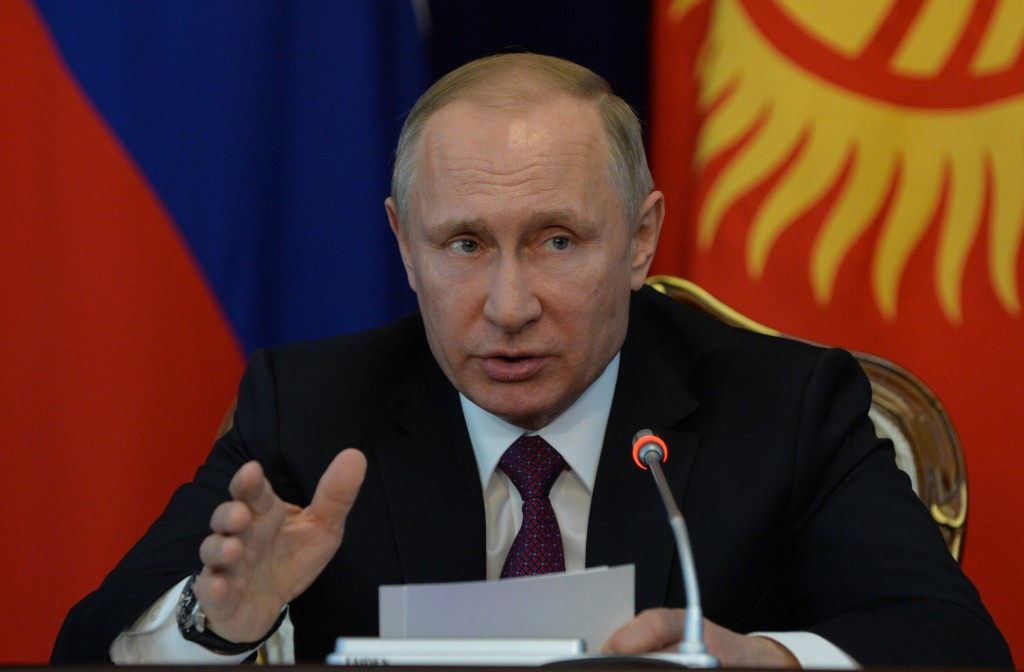 Russian President Vladimir Putin has urged the country to "heed the demands" of the McLaren Report but has reiterated his belief that there has "never been any institutional conspiracy to conceal positive doping tests" in the nation.

Putin also revealed they were close to establishing a new anti-doping system, which will be handed over to an independent organisation established at Moscow State University, according to news agency TASS.

"With the help of Russian and foreign experts, an effective anti-doping system will be set up," he said.

Despite the acknowledgement of the McLaren Report, Putin joined the clamour of Russian officials who have cast doubt over the evidence provided in the document produced by Canadian lawyer Richard McLaren in December of last year.

He conceded however, that their current anti-doping system had "failed".

"The most important thing is that we heed the demands of the independent [McLaren] commission despite its drawbacks, because we need to admit that some cases of doping have really been detected, as doping is completely unacceptable," Putin said following a meeting on the preparations for the 2019 Winter Universiade in Krasnoyarsk.

"This means that the current Russian anti-doping system has failed, and this is our fault.

"It seems, either the translation was not quite correct or there is not enough evidence."

His comments come after an open letter was published on Friday (February 24), where International Olympic Committee (IOC) director general Christophe de Kepper claimed that WADA admitted that the evidence in "many cases" against Russian athletes may not be strong enough to impose suspensions.

It was at this meeting that De Kepper claimed WADA made the admission, which was then confirmed by the body.

"We don’t accept allegations about some scratches on sample bottles for evidence, because when they were submitted, no-one protested," Putin added.

"If they saw any scratches, they should have mentioned it in their protocols, but it was not done.

"It means, the bottles have been stored somewhere but we are not responsible for the storage."

Although he maintained his criticism of the McLaren Report, which uncovered evidence of over 1,000 Russian athletes' involvement in what was described as an "institutional conspiracy", Putin also went on to insist they would work together with both WADA and the IOC.

"We are about to set up a new anti-doping system, the Sports Ministry, the Government will hand this system over to an independent organisation established at Moscow State University," he said.

"A laboratory will be set up by Moscow State University, we will assist in providing it with modern equipment and finding the best personnel.

"We will also do everything possible to build meaningful cooperation with all our counterparts, including WADA and the IOC."

In a statement, WADA said they "welcomed" the comments from Putin concerning urging the country to "heed the demands" of the McLaren Report and his admission that the anti-doping system had failed.

"WADA is encouraged by this sign of progress from the highest political levels in Russia today," WADA President Sir Craig Reedie said.

"Since November 2015, the Agency, UK Anti-Doping and others have been working hard in supporting Russia’s efforts to rebuild a credible anti-doping system.

“This public admission by Russian President Vladimir Putin that their ‘anti-doping system has failed’ is an important step in the right direction."