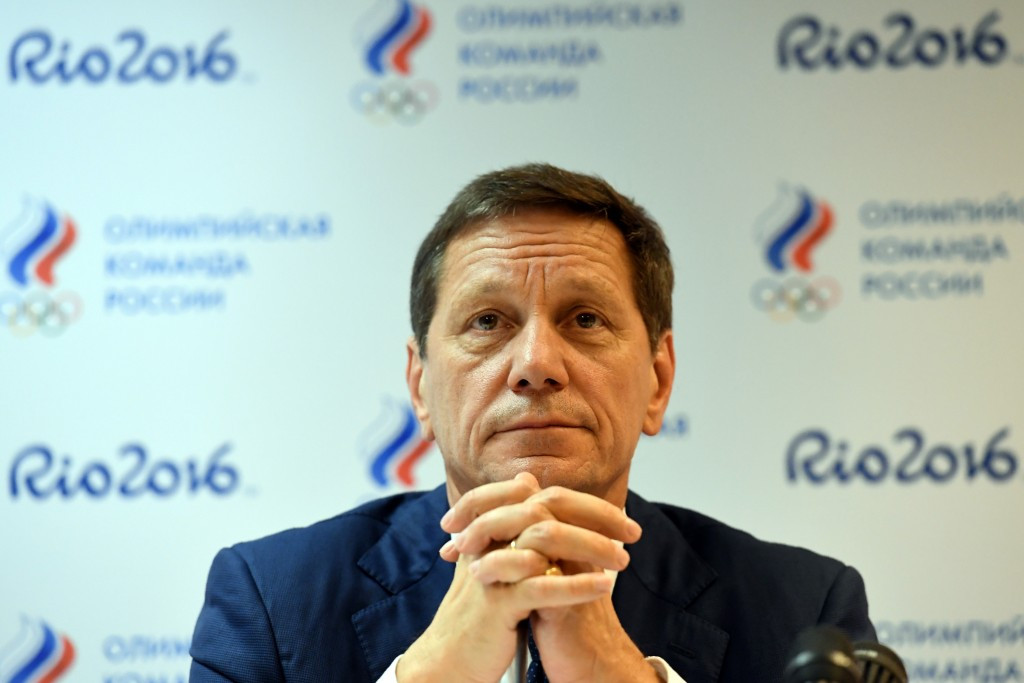 The World Anti-Doping Agency (WADA) confirmed last week that there may be a lack of "sufficient evidence" needed to impose sanctions upon some Russian athletes identified in Canadian lawyer Richard McLaren’s report, which it commissioned.

In an open letter published on Friday (February 24), International Olympic Committee (IOC) director general Christophe de Kepper claimed that WADA admitted that the evidence in "many cases" against Russian athletes may not be strong enough to impose suspensions.

It was at this meeting that de Kepper claimed WADA made the admission, which was then confirmed by the body.

Speaking to Channel One Russia, Zhukov said it has become apparent that the report "does not stand up to scrutiny".

"As soon as the International Federations began to ask McLaren for specific information regarding when, and on what basis, our athletes can be found guilty of doping, it immediately became clear that the serious evidence in the report does not exist," he added.

According to Zhukov, the aim of the report was "to prove that Russia supported doping".

He also claimed only 0.6 per cent of doping samples taken during the past year from Russian athletes showed violations.

"This is considerably lower than in other countries," Zhukov told Channel One Russia.

Additionally, Zhukov spoke of the "enormous damage" that whistleblower Grigory Rodchenkov, the former head of Russia's discredited laboratory in Moscow, had caused the country.

Rodchenkov made allegations to the New York Times about a Russian doping operation at events including the 2014 Winter Olympic and Paralympic Games in Sochi.

He alleged the Russian Sports Ministry "directed, controlled and oversaw" a "unique" method of sample manipulation during Sochi 2014, involving a sample-swapping method where they had been able to open and reseal tamper-proof bottles.

Having fled to Russia for the United States, he then assisted the WADA-Commissioned investigation by McLaren, which alleged that around 1,000 Russians in summer, winter, non-Olympic and Paralympic sport were implicated in a doping manipulation scheme at events taking place between 2011 and 2015.

International Federations and the IOC are continuing to analyse the McLaren report before taking action against athletes and officials involved, along with the entire Russian doping apparatus.

Disciplinary proceedings have so far been opened against 28 Russians alleged to have been part of the programme at Sochi 2014.

Previous concerns about the data were raised by International Federations last year when the first part of the report was released.

De Kepper also claimed in his letter the IOC is encouraging WADA and Russia to re-establish state-of-the-art anti-doping institutions in the nation and ask that Russian athletes "undergo anti-doping tests with higher benchmarks than for athletes from other countries".