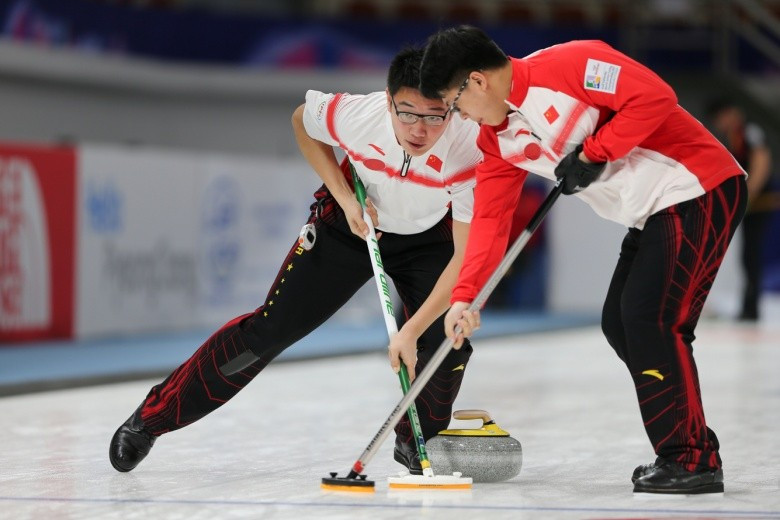 China pulled off a big shock today at the 2017 World Junior Curling Championships at the Gangneung Indoor Ice Rink by handing hosts South Korea their first defeat of the men's tournament.

Before the match, China’s men had just one victory to their name at the competition, which is acting as a test event for the Pyeongchang 2018 Winter Olympics.

But three steals during the game helped them achieve a surprise 8-6 win against Korea, who remain top of the round robin stage despite the loss.

The Chinese held a 5-2 lead going into the eighth end, but the hosts, who have already qualified to the knock-out stages, grabbed four points to go ahead for the first time.

China replied though with two points in the ninth end before sealing victory with a single in the last.

"We had just three games left and we hope to cherish each one," Zhi Yu Wang, China’s skip, said.

"In this game, we had very good emotions and patience and we learned more about the rink and the ice.

"We grasped the key shots."

There was another surprise result in the men’s competition as Sweden beat the United States 9-8 in a thrilling match which saw the lead change hands four times.

This allowed Canada the chance to move into second place above their North American neighbours and they took their opportunity with a 7-5 win over Turkey.

Norway won the day’s other game as they saw off Italy 10-4.

In the women’s competition, Scotland became the first women’s team to qualify to the knock-out stage despite losing.

They were beaten 8-7 by Russia during a clash which required an extra end.

However, Scotland will still finish top of the group and progress to the first-against-second play-off game.

Behind them at the moment are Sweden, who suffered a surprise 8-4 loss against the United States.

It was a clash the US dominated in the second half with seven of their points coming during that period.

The Swedes still remain in second place with South Korea, Canada and Switzerland all in a tie for third place going into tomorrow’s final round robin session.

Hosts Korea moved level with Switzerland in the table courtesy of their 9-5 victory against them.

The evening’s other game saw Japan win 8-6 against bottom place Turkey in a match between the sides battling against relegation.