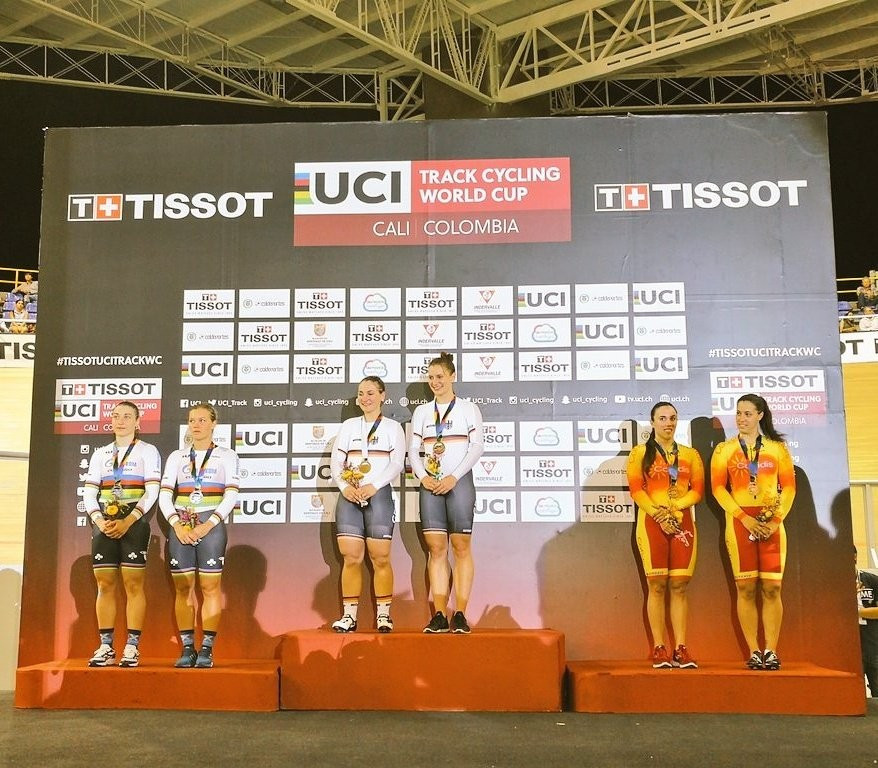 It was Olympic silver medallists versus Olympic bronze medallists in the opening final at the Alcides Nieto Patiño velodrome.

Victory on this occasion reversed the result from Rio de Janeiro, however, as German duo Miriam Welte and Kristina Vogel triumphed in 32.441sec .

Robert Forstemann, Eric Engler and Maximilian Dornbach then repeated the German success in the men's final.

Belgium's Lotte Kopecky won the women's omnium with a score of 128 in the multi-discipline event.

Britain's Emily Nelson took silver with 118 as Italy's Rachele Barbieri finished a further three off the pace in third.

Ireland's Mark Downey won the final gold of the day in the men's points race.

His haul of 35 points saw him finish 10 clear of Denmark's Niklas Larsen.

Robbe Ghys of Belgium accrued 16 to take a distant bronze.

Cali has been a regular stop on the UCI Track Cycling World Cup having staged 14 editions of the event, most recently in 2015.

The venue also played host to the UCI Track Cycling World Championships in 2014.

Action will continue over the weekend.