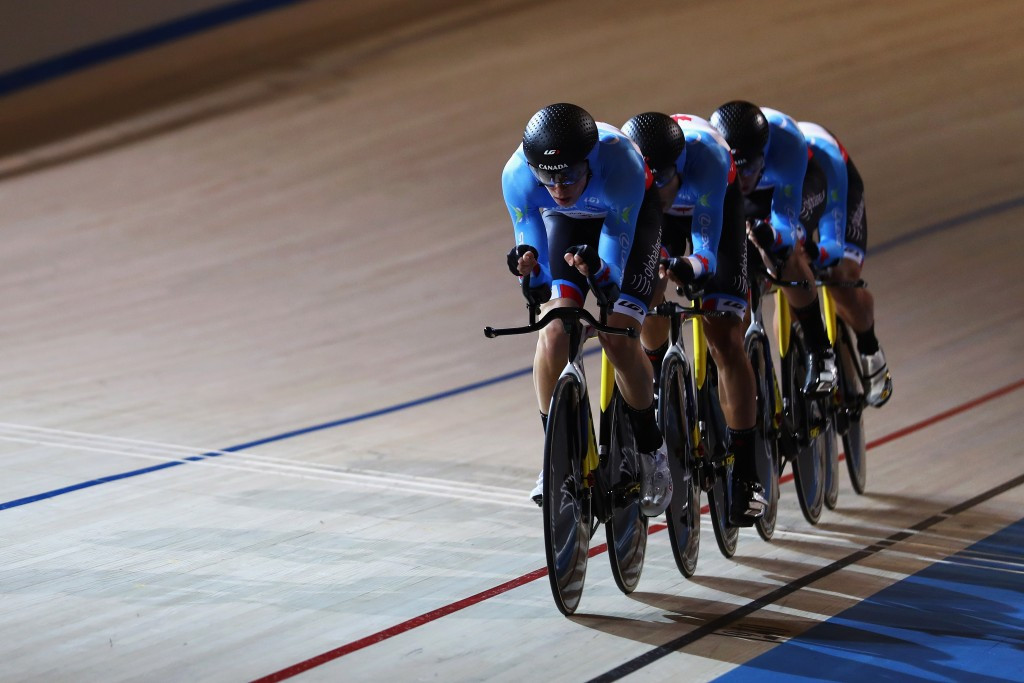 The Canadian team of Aidan Caves, Adam Jamieson, Jay Lamoureux and Bayley Simpson dominated their Belgian opponents in the final as they finished over four seconds clear in a time of 4min 2.144sec.

Elsewhere, there was double success for Ukraine in Apeldoorn on the second day of competition.

Andrii Vynokurov was the first Ukrainian to claim a gold medal after he won both of the races in his men's sprint final against Poland's Kamil Kuczynski.

Frenchman Sebastien Vigier defeated Dutch cyclist Jeffrey Hoogland for the bronze to the disappointment of the crowd.

The second Ukrainian success came in the women's keirin as Liubov Basova edged ahead of Belgian Nicky Degrendele, who finished in second, just 0.014 seconds behind.

Narrowly missing out on a medal was Britain's Katy Marchant, who returned to the squad for the first time since winning an Olympic bronze medal in the individual sprint at Rio 2016.

Lee of Hong Kong also competed in the women's 500 metres time trial where she managed to secure a second medal of the day.

Pauline Sophie Grabosch of Germany won gold in 33.974sec while Lee finished in second to win silver in a time of 34.094sec.

Tania Calvo Barbero rounded off the top three as she crossed the line in 34.256sec to secure the bronze medal.

On the penultimate day of action, Ireland's Mark Downey collected the highest total in the men's points race.

Downey secured 18 to top the standings with France's Morgan Kneisky trailing in second on 14 and Kazakhstan's Sultanmurat Miraliyev completing the top three, also on 14.