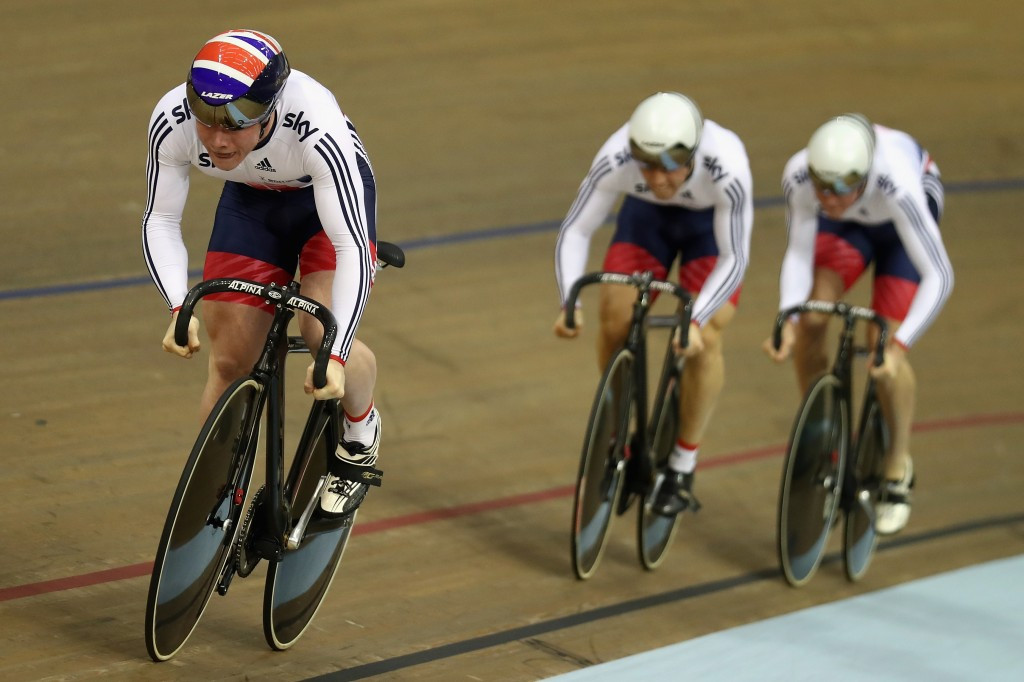 Forming a completely different men's team sprint line-up to the one which triumphed at Rio 2016, the British trio highlighted their potential by clocking 43.479 seconds to win the final last week in Glasgow and did so again today, winning the race in a time of 43.860.

They finished over a second ahead of the French team who clocked a time of 45.092 to secure the silver medal while Germany beat Spain to the bronze medal in a time of 44.571.

The Spanish women made up for that disappointment however as they took the gold medal in the women's team sprint.

The Chinese duo of Han Jun and Liu Lili finished third as they beat their Russian opponents in 33.989.

Roared on by the home crowd Kirsten Wild took gold in the women's omnium.

After winning one event, finishing second in another and coming third in the final leg she amassed a total of 114 points to finish ten clear of Great Britain's Emily Kay who took silver.

Belgium's Lotte Kopecky, meanwhile, claimed the bronze medal with a competition score of 96.

Completing today's action was the men's scratch race in which Raman Ramanau of Belarus secured gold.