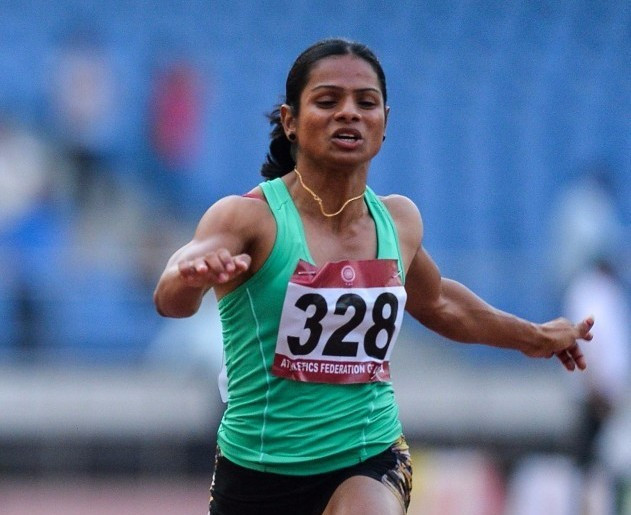 Dutee Chand has become the first Indian women’s 100 metres runner to qualify for the Olympic Games since Moscow 1980.

The 20-year-old, who has been as the centre of a row over hormones, clocked a time of 11.30 seconds at the G Kosanov Memorial Meet in Almaty to book her place on the Indian team.

Her effort was just 0.02 faster than the required standard, which means she will become the second female Indian to compete in the 100m at the Olympic Games, following on from PT Usha.

Chand was previously barred from competing in the 2014 Commonwealth Games in Glasgow by the Athletics Federation of India due to having high levels of testosterone.

The sprinter had undergone and passed a gender test, but was prevented from competing at the Games, as well as the 2014 Asian Games in Incheon.

Chand was cleared to return to competition after a successful appeal to the Court of Arbitration for Sport, which gave the International Association of Athletics Federations (IAAF) until July 24, 2017, to present new scientific evidence to back its rules requiring female athletes with high levels of male hormones to obtain medical clearance to compete.

"I am really happy at the moment, it has been a tough year for me and I am so happy that my coach Ramesh’s and my hard work has paid off," Dutee told India Today.

"I would like to thank all the people in India who were praying for me to qualify.

“Your wishes have paid off.

“I will not let anyone down at the Olympics."

South Africa’s Caster Semenya has also previously been affected by the rules around hyperandrogenism, which required female athletes with high levels of male hormones to obtain medical clearance before competing.

After Semenya won the 800m title at the African Athletics Championships in Durban yesterday, having already triumphed in the 1500m, IAAF President Sebastien Coe claimed she should not be “demonised” for her strong performances.

"I don't like to see any athlete in any discipline under sensitive situations being demonised,” he told the Times Live.