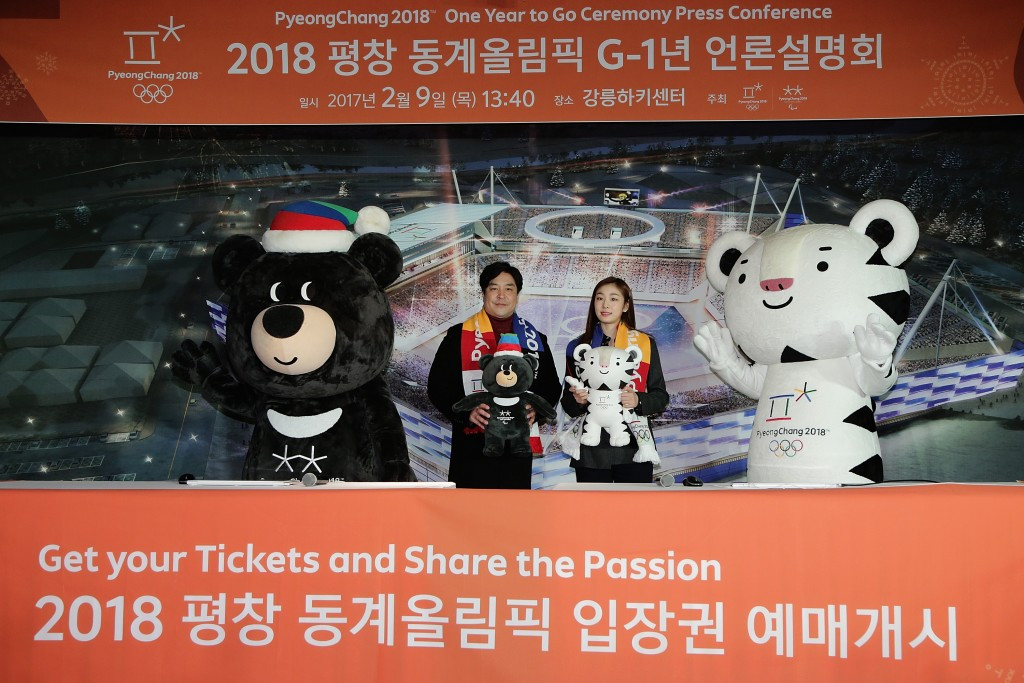 Pyeongchang 2018 claim to have received nearly 50,000 requests for Olympic Games tickets within the first 24 hours of the initial sales period.

The ticket launch took place yesterday as part of one-year-to-go celebrations until the Opening Ceremony.

It is hoped celebrations coinciding with the ticket launch will emulate the "successful strategy" used by Sochi 2014.

Pyeongchang 2018 said 47,220 ticket requests had been made after the opening day.

Organisers claim to be optimistic about the initial figures, as they begin their efforts to sell an overall total of 1.17 million tickets for the Games.

Around 70 per cent of tickets are expected to be bought in South Korea with the remainder coming from overseas.

Eom Chan-wang, director general of Pyeongchang 2018’s marketing arm, claimed at the launch they are hopeful of selling 90 per cent of tickets on offer.

"It is important for us to have full stadiums and we hope to achieve this," Eom said.

"We are offering not just a sporting experience, but a complete experience for people at the Games."

The initial ticketing period, which will run until April 23, is claimed to give the best chance of securing tickets for the Games, with all sports and Ceremonies set to be available.

The date of submission will not matter during this initial period, with all applicants due to have the same chance of getting tickets in a lottery system.

The results of the lottery will be announced from May 8 to 14 via email, giving the public the chance to buy the tickets they have been allocated.

Purchasing will be done through the official ticketing website, with VISA the only accepted method of payment in South Korea.

Specific seat numbers will be announced in September after the seat allocation is completed, while tickets will then be sold online.

Pyeongchang 2018 have asked spectators from the rest of the world to contact the National Olympic Committee of their country or its official Authorised Ticket Reseller (ATR) for more information about tickets here.

The Olympic Council of Ireland, who were embroiled in a ticketing scandal at the Rio 2016 Olympic Games, do not yet have an ATR.

Eom claimed that Pyeongchang 2018 were confident of avoiding similar issues regarding next year’s Games, with the official promising that strong measures will be put into place.

"We are well aware of the history," he said.

"We are going to ban ticket touting and scalping.

"It will come with a punishment and fine respectively."