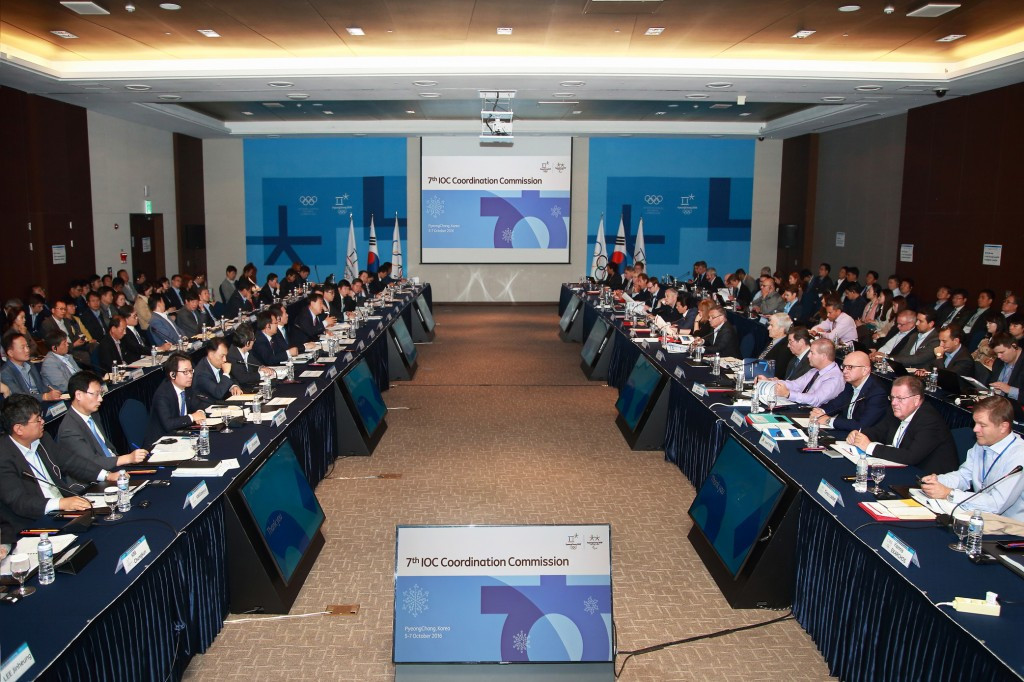 Ticket sales for Pyeongchang 2018 will be launched in February to coincide with one-year-to-go celebrations, it has been announced today.

International Olympic Committee (IOC) Coordination Commission chair Gunilla Lindberg has admitted that a low-profile both nationally and internationally is the "biggest challenge" facing South Korean organisers with less than 500 days to go, with today's ticket announcement part of a strategy to improve the promotion of the Games.

This is partly due to the relative remoteness of the location, currently a three-hour drive from Seoul, as well as the unfamiliarity with the region in comparison with other recent Olympic hosts like London and Rio de Janeiro.

A ticket launch attempting to emulate the "successful strategy" undertaken by Sochi 2014 is one of many measures discussed over the last three days of inspections.

"It will allow us to maximise the publicity of events around one-year-to-go," said Pyeongchang 2018 President Lee Hee-beom.

Many of the world's best athletes are expected to attend the 24 competitions, which organisers hope will lead to more coverage.

"With Rio over, it is time for Pyeongchang," Lee added.

"As well as the test events, we will have 'G-minus one year' celebrations in 2017.

"We also have 28 ambassadors working to promote the Olympic Games.

"We are doing many other activities, domestically and internationally.

"We need your support in the media as it is so important we attract more attention towards the Pyeongchang Olympic Games."

Lindberg cited public engagement, as well as legacy, as the foremost concerns held by the IOC in her speech to open the Coordination Commission inspection here this week.

"I think the biggest challenge at the moment is how to promote the Games over the world," she added today.

"It's not Rio and it's not London.

"But I’m sure these Games will be very attractive and they will also be an opportunity for people from abroad to visit Korea and to learn more about the country."

She did also praise the 90,000 volunteer applications received by the Organising Committee as an example of good engagement.

A high-speed railway line belatedly due for completion next year should also help by reducing travel times here from Seoul.