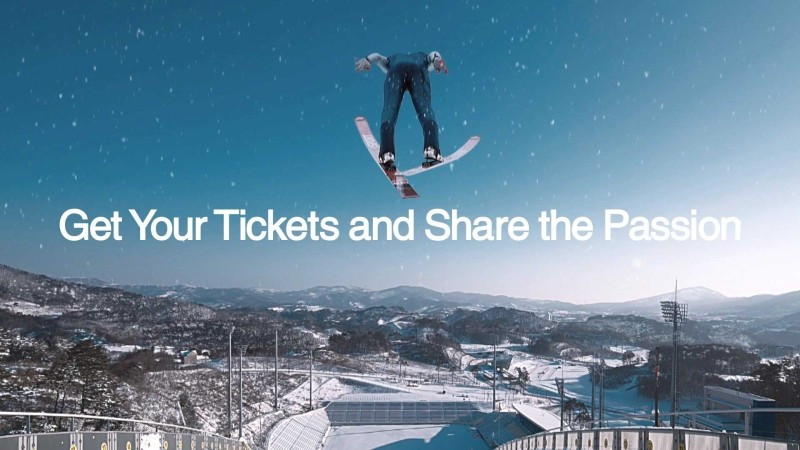 Pyeongchang 2018 have released a 30-second video to help attract interest before tickets for the Winter Olympics go on sale next month.

The video features footage of venues in the South Korean county, alongside the slogan "Get Your Tickets and Share the Passion".

It was revealed last year that tickets would go on sale from February 9, marking exactly a year to go before the Opening Ceremony.

A ticket launch attempting to emulate the "successful strategy" used by Sochi 2014 was discussed at the International Olympic Committee Coordination Commission visit in October.

"It will allow us to maximise the publicity of events around one year to go," said Pyeongchang 2018 President Lee Hee-beom at the time.

Organisers are hoping for drum up excitement surrounding the Games after a lack of buzz was highlighted by the IOC Coordination Commission.

Chair Gunilla Lindberg said during the October visit that a low-profile both nationally and internationally was the "biggest challenge" facing the Games.

This is partly due to the relative remoteness of the location, currently a three-hour drive from capital city Seoul, as well as the unfamiliarity with the region in comparison with other recent Olympic hosts like London and Rio de Janeiro.