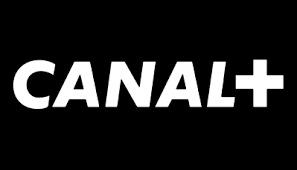 The two organisations, who have been working together for more than 20 years, have agreed a new deal, which is due to run until 2021.

It will see the French broadcaster screen coverage of FIBA’s major international events, including the 2019 World Cup in China.

The channel will also show action from AfroBasket, FIBA AmeriCup and FIBA Asia Cup, as well as the FIBA under-17 and under-19 Basketball World Cups.

The agreement will allow French basketball fans the chance to watch their men’s and women’s national teams at events such as the FIBA EuroBasket and FIBA Olympic Qualifying Tournaments for the Tokyo 2020 Olympic Games.

They will also be able to view the French national men’s team in their home and away matches as they attempt to qualify for the World Cup and 2021 EuroBasket as part of FIBA’s new competition system.

“This partnership is great news for fans of French basketball and for those who enjoy the very best that our sport has to offer from around the world," FIBA secretary general Patrick Baumann, also a member of the International Olympic Committee and President of umbrella organisation SportAccord, said.

"Thanks to the successful work of the French Basketball Federation (FFBB), the popularity and visibility of the sport has soared to new heights and Canal+ has very much played a part in that.

"As such we are extremely proud to extend our relationship with a partner that has put basketball at a premium on their channels for more than two decades.

"FIBA's new competition system means that official games will be played on a regular basis and therefore increases the year-round visibility of the national team.

"This further enhances the potential of the sport on TV and obviously comes as great news for fans of the French teams."

The news comes after FIBA announced they would cover the cost of television coverage for all qualifying matches for the China 2019 World Cup along with the cost of insurance for players.

The FIBA Central Board approved the move at their first meeting of 2017 in Mies in Switzerland, which took place on January 27 and 28.