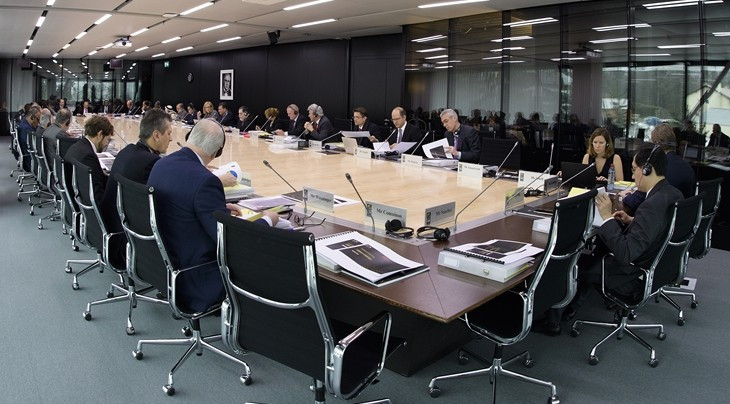 Television coverage for all qualifying matches for the China 2019 World Cup will be covered by the International Basketball Federation (FIBA), along with the cost of insurance for players.

The FIBA Central Board approved the move at their first meeting of 2017 in Mies in Switzerland, which took place on January 27 and 28.

The Executive Board had previously backed the move, which will also include the governing body covering all fees for officials and doping controls.

The decisions came as preparations continue for FIBA’s new competition system, which will be launched in November.

This will involve national teams playing regular home and away games over a four year cycle, which will be used as qualifiers for the 2019 World Cup and the 2021 Continental Cups.

The 2019 World Cup was a key topic at the meeting in Mies, with the Board receiving an update on the promotional activities planned to be held over the next two years.

They confirmed that the draw for the World Cup 2019 qualifiers will be held on May 7, with the Chinese city Guangzhou providing the venue.

The Board have also announced that they favour a modification to their headgear rule, following a report on the impact of the exceptions applied at a domestic level during a two-year trial period.

FIBA's Technical Commission, which reviewed the results of the trial period, will now come forward with a proposal that will allow headgear to be worn safely by players.

It will be presented to FIBA’s mid-term Congress in May, with the rule potentially paving the way for hijabs to be worn.

Current FIBA rules do not allow female players to wear any religious dress as they believe it poses a "safety issue".

The "success" of the Rio 2016 basketball tournaments was also discussed by the Board, who continue to eye the possible inclusion of the 3x3 format at the Tokyo 2020 Olympic Games.

Engaging more National Federations in the planning, management and training of officials was viewed as another key target, along with promoting young referees.

A meeting with the suspended Brazilian Basketball Federation (CBB) has been scheduled to take place on February 3.

The CBB was sanctioned in November for non-participation in international competitions, including continental youth events and the 3×3 Senior World Championships.