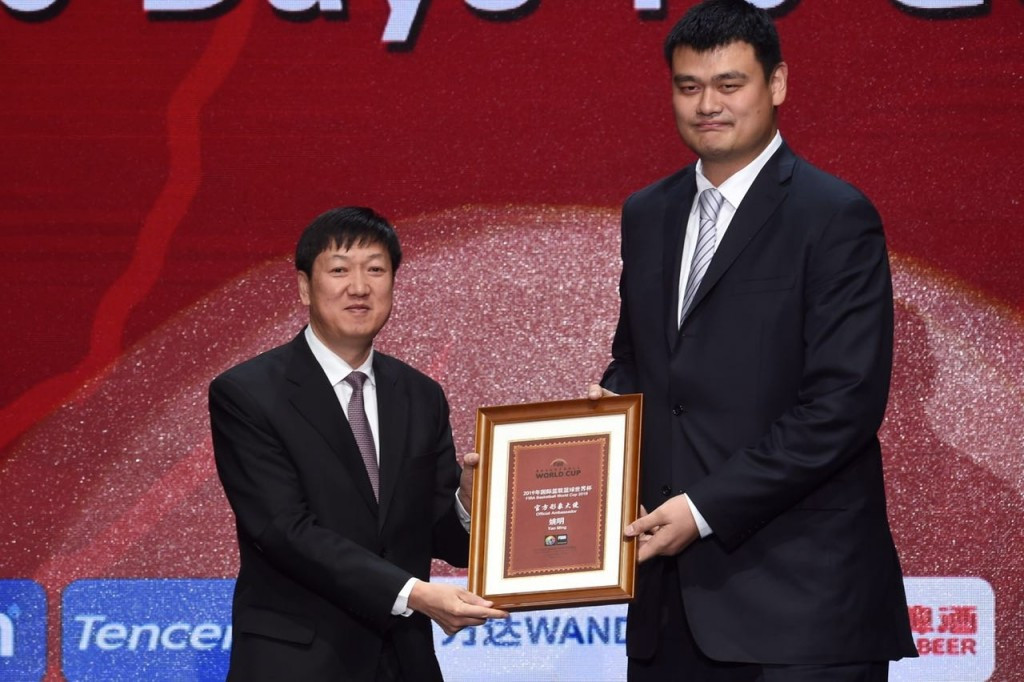 Chinese basketball great Yao Ming has been named as the first ambassador for the 2019 International Basketball Federation (FIBA) World Cup.

The retired nine-time NBA All-Star was an ambassador for the country’s successful bid for the competition last year, with China seeing off the challenge of The Philippines to stage the event.

He has now reprised the role in the build-up to the competition, with the announcement coming with 1,000 days to go.

"I am very excited that China will host the FIBA Basketball World Cup in 1,000 days," he said.

"We are looking forward to seeing many star players from around the world and witnessing fantastic games.

"There will be a great battle to be crowned world champions and get the right to lift the Naismith Trophy.

"The World Cup always attracts the elite players to compete and at the end of the day, only the best team and best players can hold that cup.

"I just hope the best team wins and the fans will enjoy the whole process."

His unveiling at Beijing's Wukesong Culture and Sports Centre was attended by members from each of the eight host cities and Gao Zhidan, China's Vice Minister of Sports.

China are set to unveil further ambassadors in the build-up to the tournament, with FIBA stating the draw, launch of the official logo and mascot, and the trophy tour, are planned to help grow the excitement for the event.

A total of 32 nations will compete at the World Cup, with teams set to play regular home and away games to qualify from next November, as part of FIBA’s new competition calendar.

The United States are the defending champions, having beaten Serbia in the 2014 final in Madrid.