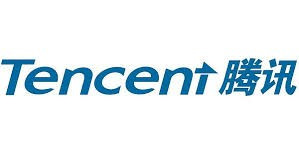 The International Basketball Federation (FIBA) has strengthened its ties in the Chinese market by signing a nine-year deal with investment holding company Tencent.

Under the partnership, the Chinese-based organisation will host FIBA’s official website in the Asian nation.

The deal, which runs until 2025, also involves digital media rights to all competitions as part of world basketball’s new global calendar.

"FIBA is extremely excited to enter into a long-term agreement with Tencent to further the promotion and development of basketball in China,” FIBA secretary general and International Olympic Committee member Patrick Baumann, the new President of SportAccord, said.

“The partnership is a vital part of FIBA's ongoing strategy and basketball fans in China will be able to see a feast of high-level basketball events and additional programming over the coming years.”

Tencent, founded in 1998, already enjoy a strong relationship with basketball having been the exclusive official digital partner of the NBA in China since July 2015, as well as ESPN’s exclusive internet partner in China.

“As part of the FIBA partnership, Tencent will also deliver rich content and premium game-watching as well as interactive experience through PC, mobile and OTT platforms.

“FIBA has world-class basketball events and the new competition calendar will give fans access to even more great games throughout the year.

“Tencent’s partnership with FIBA will create a win-win situation maximising the assets of media and IP and promoting the game of basketball in China and beyond."

The agreement was struck by FIBA Media, the division of the governing body which deals with the sale of world basketball’s rights across the world.

They are now set to strive towards extending their presence within China to “further enhance the visibility of basketball” in the Asian nation.