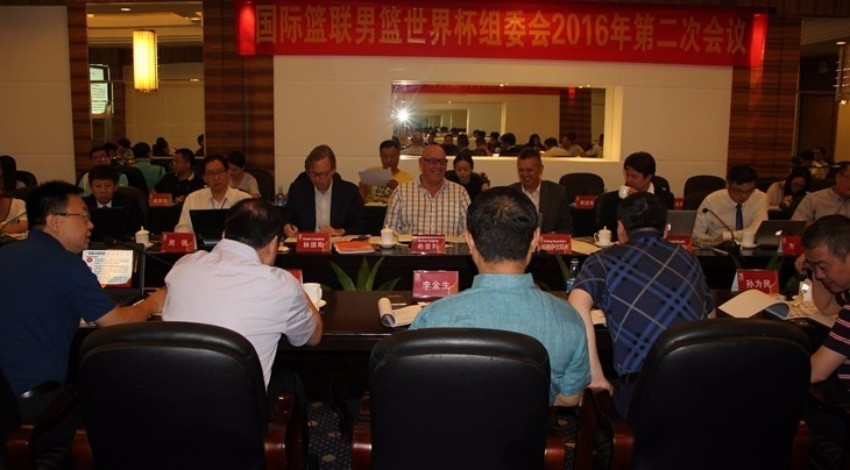 A senior delegation from the International Basketball Federation (FIBA) met with organisers for the 2019 World Cup in China in Dongguan to discuss the early stages of preparations.

This followed the world's most populous nation being named as host last year after seeing off a rival bid from The Philippines.

Preliminary ideas for the flagship FIBA event were shared during the meeting, including over "competition format and schedule, 1,000-day promotion plan, branding and logo identity".

The importance of functioning in a "timely manner" was also highlighted, along with the value of "precise coordination" of the Joint Management Committee (JMC) in preparation for the expanded 32-team event.

FIBA's delegation was led by Central Board member and chairman of the 2019 World Cup Coordination Committee, Burton Shipley

Organisers used of the meeting to introduce the organisational structure and to provide updates, a statement explained.

This included introducing the vice governor of Jiangsu Province, Zhang Jinghua, and two other sports officials.

Each host city showed "great enthusiasm" for the World Cup and expressed interest in organising or hosting a variety of promotional initiatives ranging from Opening Ceremonies and draws to youth basketball tournaments and count-down celebrations.

"Thanks to this meeting, I'm fully confident that the LOC is smoothly implementing its responsibilities and doing its utmost to deliver a passionate FIBA Basketball World Cup to fans all around the world," said Shipley afterwards.

The 2019 event will mark the resumption of the men's World Cup following a five year absence since Spain hosted the 2014 edition.

Games are due to be held in Beijing, Nanjing, Shanghai, Wuhan, Dongguan, Guangzhou, Foshan and Shenzhen.