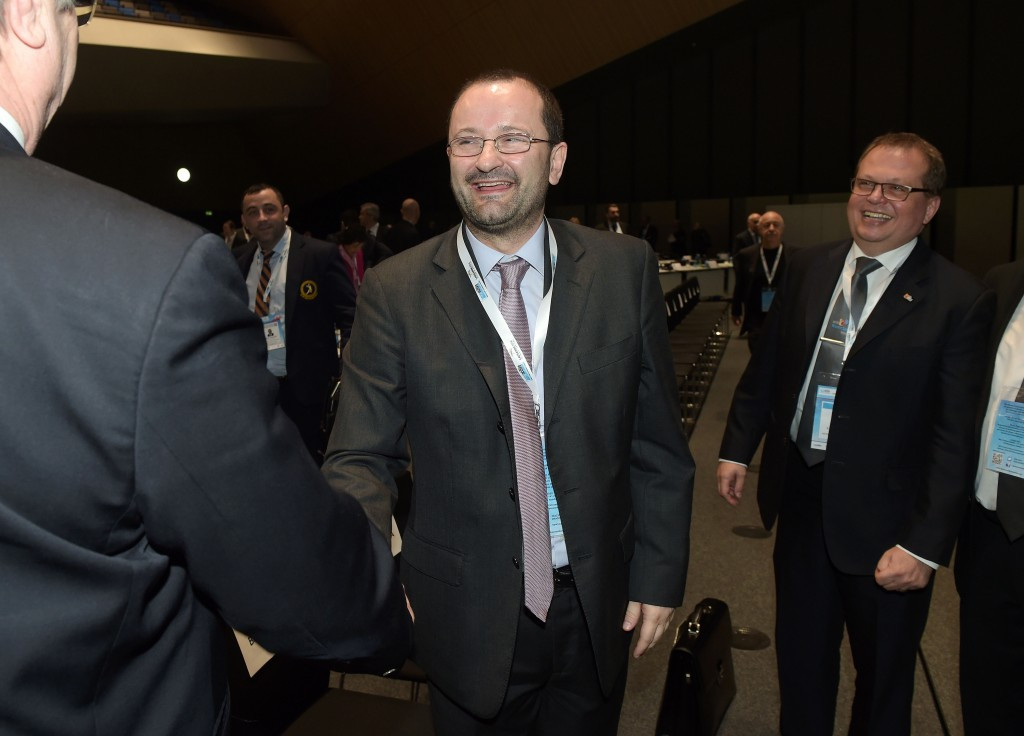 International Basketball Federation (FIBA) secretary general Patrick Baumann has warned his sport "cannot be in the hands of a few rich clubs" ahead of a crunch meeting to resolve the ongoing dispute with an unsanctioned European club league.

The governing body sent letters to 14 countries warning them about their association with the unsanctioned Euroleague - currently the continent's premier club competition.

FIBA's Executive Board will meet for two days of meetings tomorrow and Sunday (April 24) in order to discuss the matter.

Baumann, today elected President of SportAccord, believes resolving the dispute is vital to the future of the European game.

"Right now we have a challenge at the European level," he said here afterwards.

"It’s a challenge about the sports model in Europe.

"The sport cannot be in the hands of a few rich clubs who want to control the game and decide everything that happens."

Baumann added that a continuation of the problem could lead to Europe falling behind Asia and the Americas in the sport.

FIBA Europe's Board decided in March that any Federation that backed the Euroleague - run by Euroleague Commercial Assets (ECA) - would automatically lose the right to participate in senior men's national team competitions.

Out of the 14 countries to fall into this bracket eight - Bosnia and Herzegovina, Croatia, Macedonia, Montenegro, Russia, Serbia, Slovenia and Spain - have leagues or clubs which have entered into an agreement with the ECA.

The remaining six countries in the 14 - Greece, Israel, Italy, Lithuania, Poland and Turkey - have received letters drawing their attention to "recent reports and public statements" which suggest that one or more of their clubs may have entered into an agreement with ECA.

FIBA’s Executive Committee will discuss the response on the Continental Federation while also to "discuss the possibility of taking decisions in relation to worldwide events”.

This could include a decision on Spanish and Lithuanian participation at Rio 2016, with both teams having already qualified places.