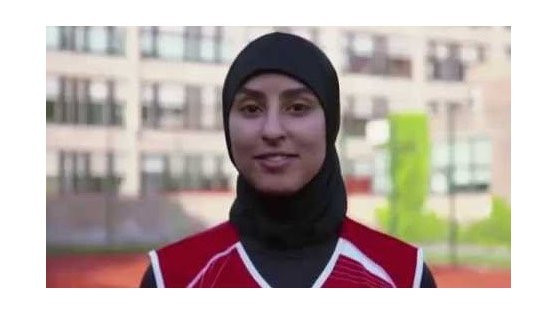 Basketball player Ezdihar Abdulmula has launched a campaign to try and change the rules regarding the wearing of female religious clothing in the sport.

Under current rules, the International Basketball Federation (FIBA) does not permit female players to wear any religious dress as they believe it poses a "safety issue".

Article 4.4.2 of FIBA's rule book states that “players shall not wear equipment [objects] that may cause injury to other players".

This means that during this year's Rio Olympics, there will be no players allowed to wear hijabs in the basketball tournament.

"I am campaigning for the International Basketball Federation (FIBA) to extend its two year preliminary rule of allowing players with religious wear such as hijabs and turbans to play basketball professionally," Abdulmula, who is of Libyan and British heritage, said.

"I used to play netball but caught the basketball bug at 18, I soon became President of my university's team and also set up a local team called the Bradford Cobras.

"If my university had stopped girls from playing wearing a hijab then I would have never have realised my potential."

FIBA are due to decide this month whether or not to change the rule permanently.

In 2014, football's world governing body FIFA voted to remove the same law after they found no grounds for the Islamic head wear to be a safety risk.

American fencer Ibtihaj Muhammad will become the first from her country to compete an Olympics in a hijab at Rio 2016.

"With your signatures, you will not only be helping me but other players around the world that are limited by this ban," Abdulmula said.

"Significantly, you will also be helping future generations to play whilst practicing their faiths freely."