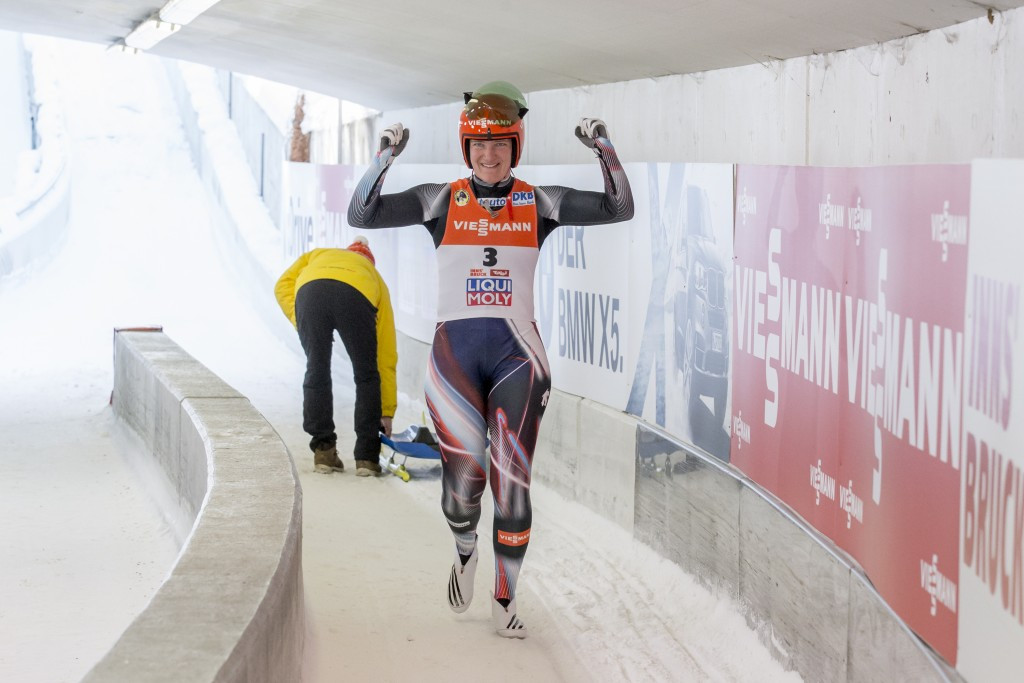 The Vancouver 2010 Olympic champion capitalised on an uncharacteristically sloppy first run by fellow countrywoman Natalie Geisenberger which ultimately cost her a place on the podium.

Huefner finished first in run one and second on run two for a combined time of 1min 19.712sec.

This proved enough for a 0.213 second victory over United States' Erin Hamlin.

The first of these came on the same Igls track.

"I don't know what to say," she said afterwards.

"I'd never have believed I would win another title here after my first one 10 years ago - it's unreal."

Hamlin claimed a second medal of the week following her sprint success yesterday.

Kimberley McRay of Canada finished a further 0.027 back to take bronze.

Olympic and defending world champion Geisenberger was only 17th after run one before a track record of 39.822 lifted her to sixth.

Toni Eggert and Sascha Benecken posted a track record en route to a combined 1:19.005 to win the doubles crown in a German clean sweep.

They beat Olympic champions Tobias Wendl and Tobias Arlt by 0.206 and Robin Geueke and David Gamm by 0.385.

Action is due to conclude tomorrow with the men's singles and team relay events.