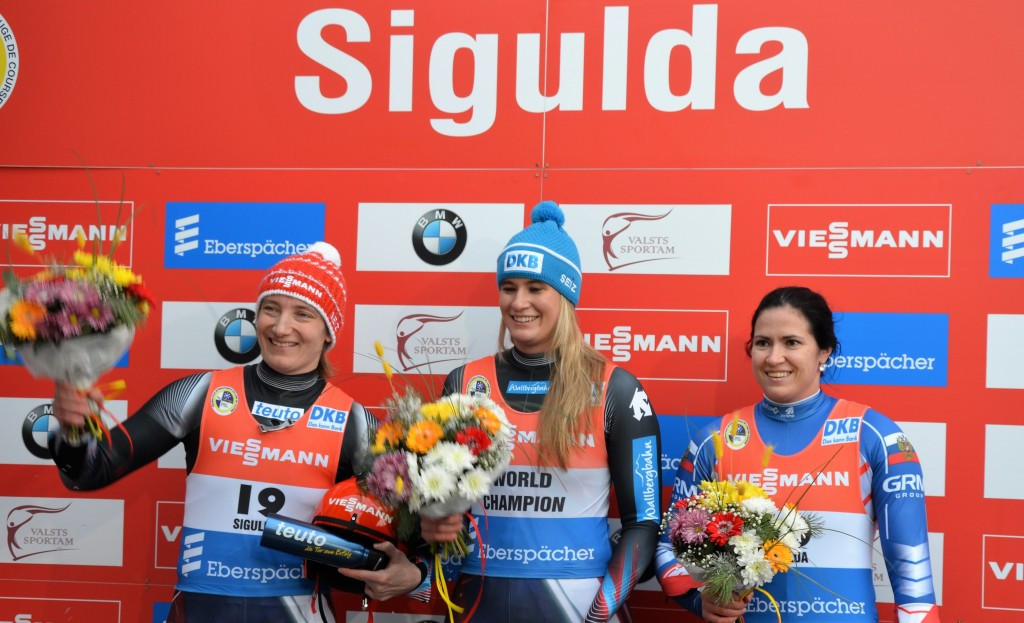 The Sochi 2014 double gold medallist and seven time world champion benefited from a mistake by Russia’s Tatyana Ivanova to take her third win of the World Cup season.

Ivanova set a new track record on her first run and was poised to become the sixth winner of a World Cup event this season, but a mistake on her second leg cost her dearly and she finished third.

Tatjana Hüfner, another German competitor, finished second in 1:23.513 while Ivanova agonisingly fell to third with her time of 1:23.616.

Geisenberger’s win means that she retains her overall lead in the World Cup on 612 points.

Her teammate Hüfner currently lies second on 585 while former World Champion Erin Hamlin of the United States moves up to third place on 452.

"She would definitely have won here without the error, so this is a bit of a surprise World Cup victory for me.

"There were only two German girls on the starting line, and we finished first and second so we have a 100 per cent success rate.”

Gudramovics and Kalnins finished in 1:23.476 while Rieder and Rastner posted an accumulative time of 1:23.808.

After eight of 12 events, Eggert and Benecken have consolidated their lead at the top of the overall standings of the World Cup.

They are currently on 755 points, a comfortable 152 points ahead of their nearest rivals Tobias Wendl and Tobias Arlt who had to settle for 10th place today.

The German domination of the top three on the leaderboard is completed by Robin Geueke and David Gamm, who have 461 points after they failed to finish today.

“The conditions were completely different from training," said Eggert.

"Even strong doubles pairings like the local Sics brothers were caught out.

"Our hearts were really pounding at the start.

"We are mega happy to come away from Sigulda with a win.”

Men's, relay and sprint events are set to bring the weekend's competition to a close tomorrow.