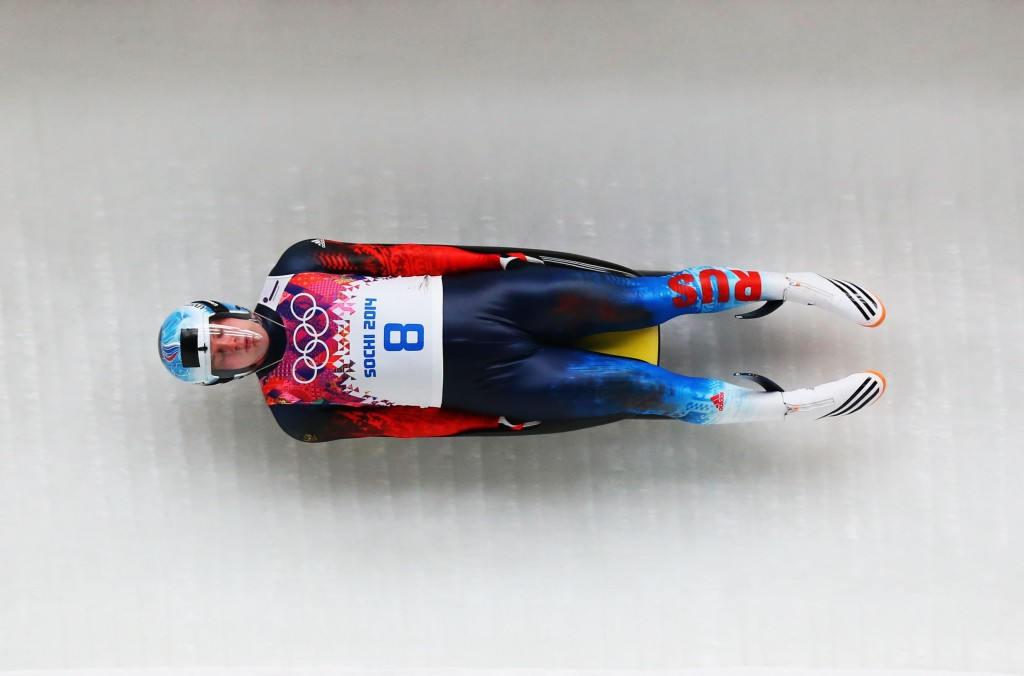 Ten days ago, Pavlichenko secured both the World Cup and European Championship crowns in Königssee in Germany, and he extended his good run of recent form today in the men's race.

Pavlichenko broke the three-year-old track record set by Italian Armin Zöggeler as he completed his first run in a time of 47.837 seconds.

The Russian's overall time of 1min 35.715sec was then enough to secure victory after his second run.

"I’m ready for the World Championships.

"I was nervous today and had to focus hard on the race."

Roman Repilov, another Russian, finished second in 1:35.856 while Austria's Wolfgang Kindl came third in a combined time of 1:35.967.

Felix Loch of Germany still awaits his first World Cup win of the season as the 2010 and 2014 Olympic champion and defending World Cup champion finished fourth.

Sigulda also played host to the third and final sprint World Cup action of the season today, which confirmed the overall winners.

Russia’s Tatyana Ivanova, her compatriot  Repilov and Toni Eggert and Sascha Benecken of Germany all won their respective sprint races.

Geisenberger finished narrowly behind Ivanova in 30.904 while Demchenko crossed the line in 30.907.

In the overall World Cup standings, defending champion Geisenberger now leads with 697 points in front of her compatriot Tatjana Hüfner on 635 and Erin Hamlin of the United States who sits third on 494.

In the men’s event, Repilov took his second win of the season as he gained revenge on Pavlichenko.

Repilov still leads the overall standings on 647 points, with Pavlichenko on 600 in second and Kindl in third on 576.

In the doubles event, the German duo of Toni Eggert and Sascha Benecken secured their seventh win of the season to extend their lead in the overall standings.

The two-time European champions beat the Latvians Oskars Gudramovics and Peteris Kalnins and fellow Germans Tobias Wendl and Tobias Arlt to top spot with a time of 30.890.

Eggert and Benecken lead with 855 points while Wendl and Arlt are second with 673 points.

US pair Matt Mortensen and Jayson Terdiman are third on 501.

Determined by adding up the times from all three Sprint World Cup events this winter, Geisenberger, Repilov and the duo of Eggert and Benecken have been crowned as the overall Sprint World Cup champions.

Action concluded in Sigulda with the team relay race.

The Russian team of Ivanova, Pavlichenko and the pairing of Vladislav Yuzhakov and Iurii Prokhorov celebrated their first win of the season.

The second-place German team of Geisenberger, Loch and Eggert and Benecken crossed the line in 2:13.195.

They were followed in third place by the hosts' team of Eliza Cauce, Inars Kivlenieks and Gudramovics and Kalnins who finished in 2:13.596.

Germany now have 231 points and currently lead the overall relay standings after the third of six events.

The US, who finished fourth today, sit in second on 215 while Canada lie in third on 210.

World Cup action now takes a break ahead of the FIL World Championships on the Olympic track in Innsbruck, which will run between January 27 and 29.