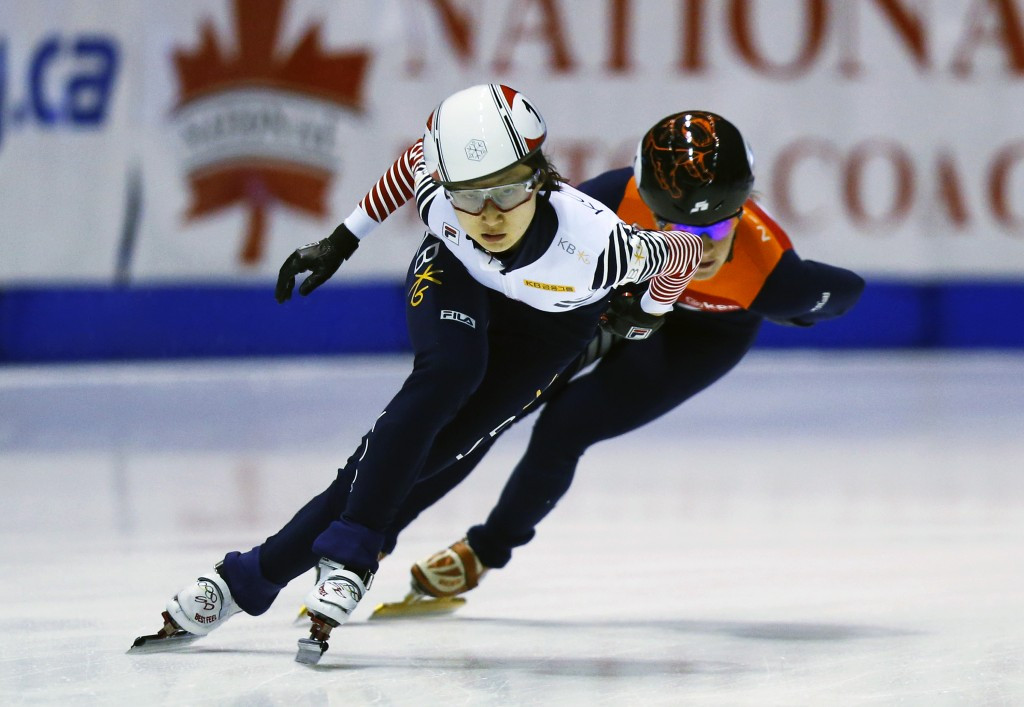 South Korea’s Choi Min-jeong will look to extend her lead in the women’s 1,000 metres standings this weekend as the Gangneung Ice Arena plays host to the International Skating Union (ISU) Short Track World Cup leg that doubles as a test event for the Pyeongchang 2018 Winter Olympic Games.

The two-time reigning world champion won the women’s 1,000m final in Shanghai on Sunday (December 11), moving her to the top of the rankings with 20,000 points.

Compatriot Kim Ji Yoo, who finished second in the Chinese city, is her closest challenger with 18,000 points and will also be competing on home ice.

Another home favourite aiming to increase an advantage is South Korea’s Lim Kyoung Won, who heads the men’s 1,000m standings with 19,342 points.

Hungary’s Liu Shaoang is 2,255 points behind in second and arrives in Gangneung on the back of beating Lim to first place in the final in Shanghai.

Also likely to be full of confidence are China’s Wu Dajing and Great Britain’s Elise Christie, both of whom won their two finals in Shanghai.

The Netherlands’ Knegt Sjinkie and South Korea’s Shim Suk Hee, the 3,000m relay gold medallist at the Sochi 2014 Olympic Games, are the current frontrunners in the men’s and women’s 1,500m standings with 26,400 and 30,000 points respectively.

A ceremony took place yesterday to mark the completion of the Gangneung Ice Arena, which is due to be used for short track and figure skating competition during Pyeongchang 2018.

It marks the first ice venue to be declared completely finished with less than 14 months until the Opening Ceremony of the Games.

The 12,000 capacity venue consists of a 60m x 30m ice rink and is located within the Gangneung Olympic Park.

Pyeongchang 2018 President Lee Hee-beom and International Olympic Committee Coordination Commission chair Gunilla Lindberg were among those present for the opening.