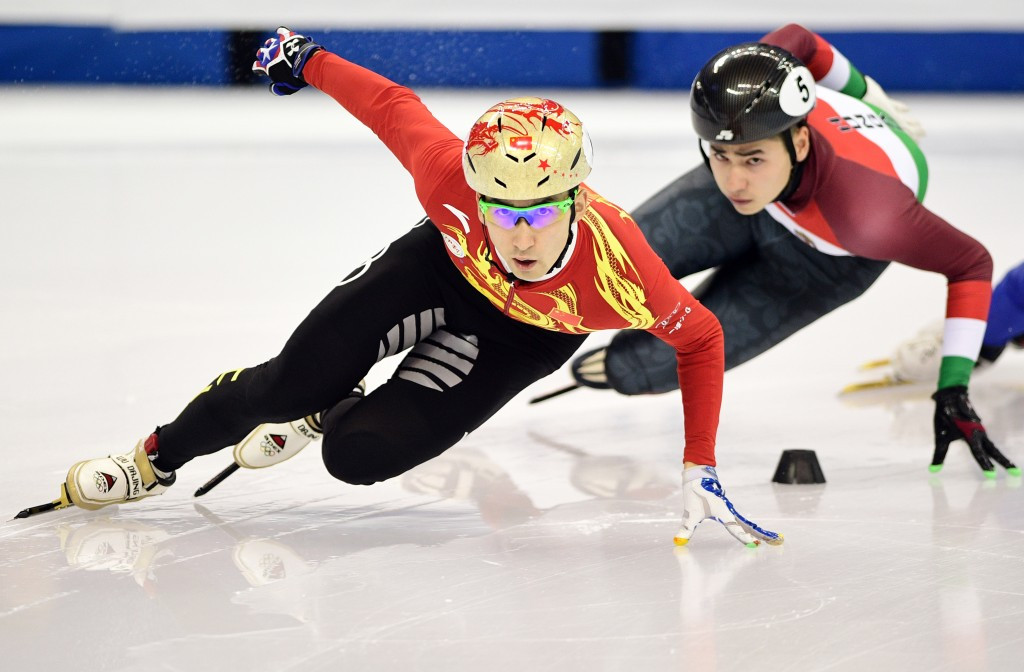 Wu powered home in a time of 40.302sec, finishing narrowly in front of Hungary’s Liu Shaoang while the bronze medal went to Russia’s Victor Ahn, the three-time Olympic champion.

The performance from the Chinese enabled him to cut the deficit at the top of the 500m classification as he now has 18,001 points.

Abzal Azhgaliyev of Kazakhstan remains the overall leader on a total of 22,337.

In the women’s 500m sprint, Britain’s Elise Christie captured her second win of the ISU Short Track World Cup season in a time of 43.146.

The 26-year-old held off the strong challenge of South Korean skater Choi Min-jeong, a winner of new fewer than seven world titles, to continue her quest for the overall crown in the distance.

Canada’s Marianne St-Gelais was the recipient of the bronze as she came home third between the pair.

Christie managed to extend her advantage at the summit of the standings and has 25,264 points, with St-Gelais second on 24,400.

While South Korea suffered disappointment in the shorter events, they reigned supreme in both of the distance competitions held today – the men’s and women’s 1,500m.

Lee Jong-su, who won two gold medals at the Vancouver 2010 Winter Olympic Games, blew the rest of the field out of the water in the men’s event, clocking an impressive 2min 13.994sec.

The time from the South Korean proved far too hot for the other skaters to handle as Russian Semion Elistratov was over 3 seconds adrift in silver medal position.

Sjinkie Knegt of The Netherlands, who was quickest in qualification yesterday, finished in third.

Knegt is still the overall leader despite not being able to replicate his performance from the opening day in the final on 26,400 points.

Lee is a close second, with today’s win elevating him to 25,217 points.

It was her third success of the season and leaves her well clear at the top of the overall classification on 30,000 points, 12,000 more than second-placed Choi.