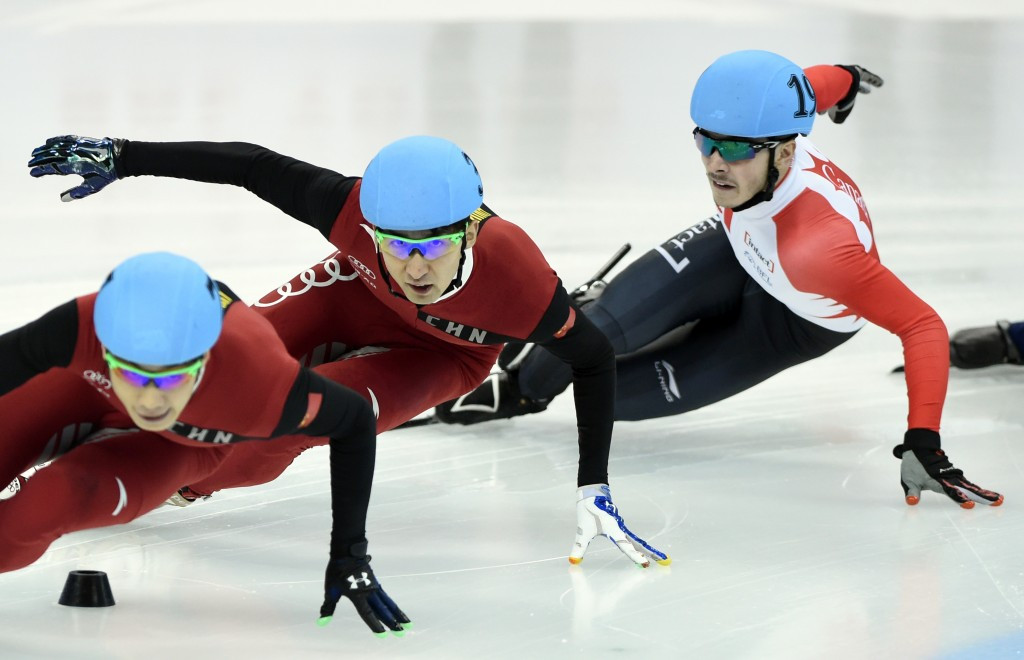 Sochi 2014 Olympic silver medallist Wu Dajing of China comfortably qualified for the quarter-finals of the men’s 500 metres event at the third leg of the International Skating Union (ISU) Short Track World Cup in Shanghai after topping the distance classification standings.

The home favourite clocked a time of 41.041sec in the second round of heats, with Hungary’s Shaolin Sandor Liu coming closest to matching it in 41.072.

Kazakhstan’s Abzal Azhgaliyev completed the top three, courtesy of his time of 41.377.

The winner of each of the 10 heats and the eight fastest runners-up qualified for the quarter-finals.

The first and second-placed skaters from each of the nine heats qualified for the quarter-finals.

The men’s and women’s 1,500m standings were both headed by Dutch competitors, with Sjinkie Knegt topping the former in 2:16.184 and Suzanne Schulting the latter in 2:22.565 to reach the semi-finals.

Hungary’s Shaoang Liu and China’s Guo Yihan are through to the respective men’s and women’s 1,000m quarter-finals as the fastest qualifiers.

A time of 4:11.798 saw The Netherlands top the semi-final qualification standings in the women’s 3,000m relay.

Action in Shanghai is due to continue tomorrow.