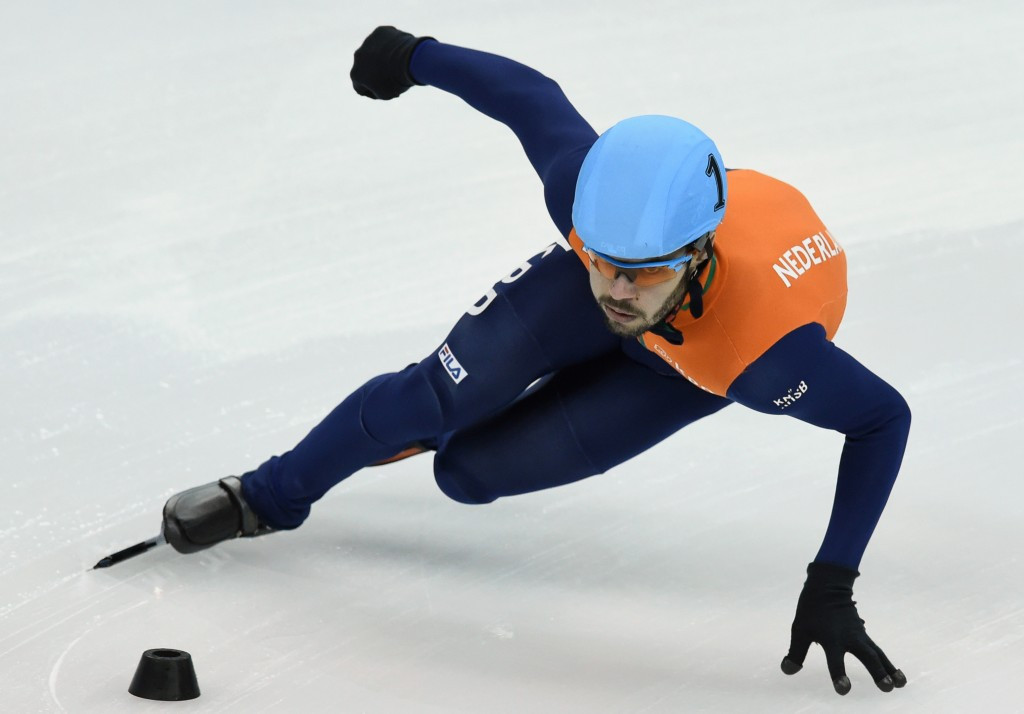 The 27-year-old Dutchman, a triple world champion and the Sochi 2014 bronze medallist over 1000m, roared round in a lighting quick final to set a new global best of 2min 07.943sec.

A second world record was broken on the final day of action at the American venue, with Britain's Elise Christie clocking 42.335 in the women's 500m quarter-finals.

Christie won one of the two 500m competitions at the opening World Cup leg in Canadian city Calgary last weekend but, despite her world record, she could not add a second gold today.

The Scot crashed out of contention in the final as Canada's Marianne St-Gelais took victory in 43.059sec.

In the men's 500m final, there was a first World Cup gold for Kazakhstan's Abzal Azhgaliyev, a winner in 40.373sec.

He took advantage of Samuel Girard falling on the final lap, with the Canadian leading up until that point.

Elsewhere, there was a clean sweep of the podium for South Korea in the second women's 1500m of the weekend.

Suk Hee Shim took gold after claiming the lead five laps from the finish, with her winning time 2:22.384.

The Chinese were victorious in the men's 5,000m event, winning over The Netherlands and Kazakhstan in 6:48.078.

Chinese city Shanghai will host the next leg of the World Cup, between December 9 and 11.