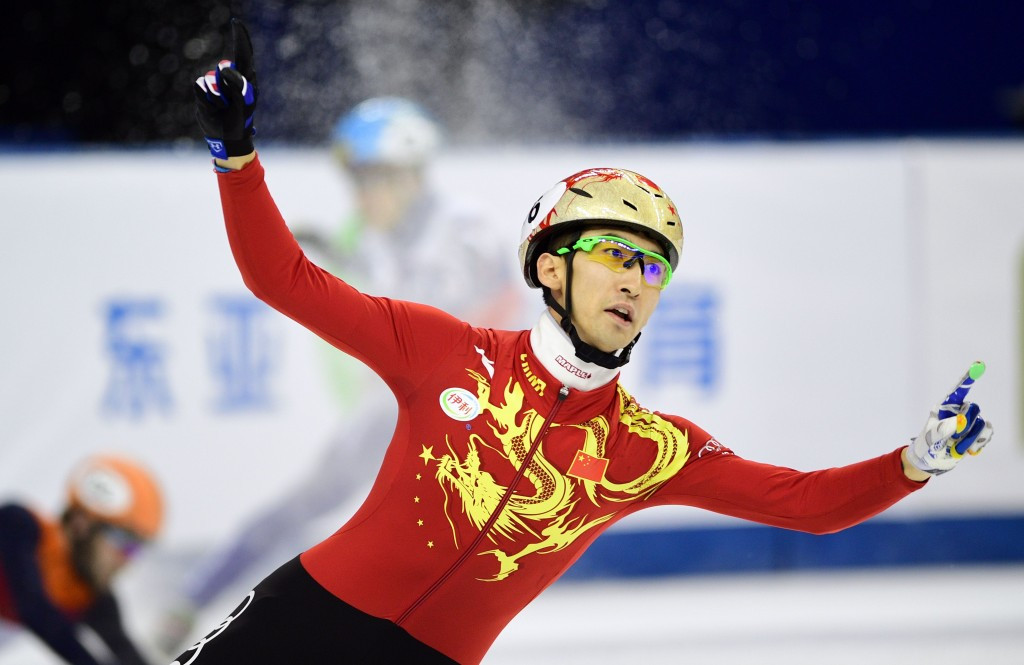 Home favourite Wu led the men’s race from start to finish, crossing the line in 40.368sec to finish 0.216 seconds ahead of Hungarian runner-up Shaolin Sandor Liu.

Victory for Wu takes him to the top of the World Cup rankings for the distance with 28,001 points.

Overnight leader Abzal Azhgaliyev of Kazakhstan has dropped to second on a total of 26,433 points.

Christie also led her race from start to finish, crossing the line in 42.734 to condemn Italy’s Arianna Fontana to second place in 42.835.

Christie has extended her lead in the women’s 500m World Cup classification, with nearest challenger Fan Kexin of China now 9,648 points shy of the Briton’s total of 35,264.

Behind him were a pair of South Korean skaters with Lim Kyoung Won finishing second and Han Seung Soo coming third.

The men’s 5,000m and women’s 3,000m relays were won by China and South Korea respectively.

Less than half a second separated the top three in the men’s 5,000m as China clocked a time of 6:49.367 to hold off The Netherlands and South Korea.

Victory for South Korea’s women’s 3,000m relay team was a third in as many World Cup events.

A time of 4:10.826 was enough to finish ahead of Canada and The Netherlands in second and third respectively.

China were handed a penalty and disqualified.

South Korea have further extended their lead in the women’s 3,000m World Cup classification and now sit on 30,000 points.

The next stage of the ISU Short Track World Cup series is due to be held in South Korean city Gangneung, where action is scheduled to take place from December 16 to 18.