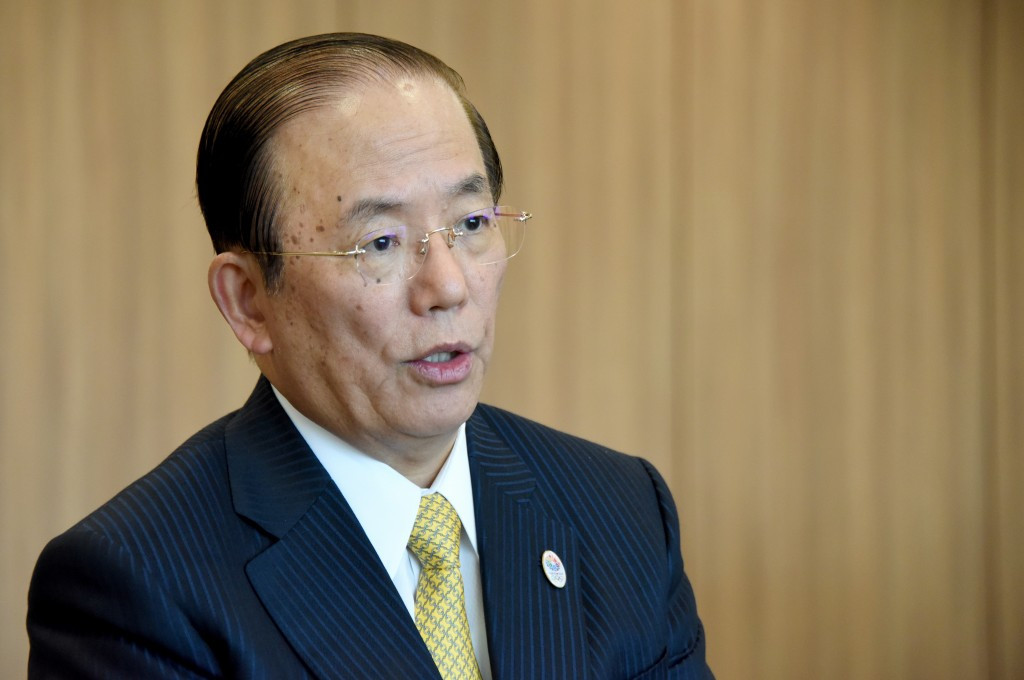 Tokyo 2020 chief executive Toshiro Muto has suggested private sector capital as a means to reduce the cost of venues to be used at the Olympic and Paralympic Games.

It comes after the Organising Committee were warned by the International Olympic Committee (IOC) here that their maximum budget cap of ¥2 trillion (£14.2 billion/$18.8 billion/€16.8 billion) could be reduced.

The remaining 75 per cent of the total will be covered by a combination of the Tokyo Metropolitan Government (TMG), the Japanese Central Government and other municipal authorities.

No precise balance has yet been calculated.

This was the subject of much debate at yesterday's Four Party Working Group here at which the different authorities were all represented.

Tokyo 2020 President Yoshirō Mori even urged Tokyo Governor Yoshiro Koike to step-up up efforts to cut venue costs as, he claimed, they were her responsibility.

Muto was similarly careful to make clear today how it is the TMG and the Central Government who are directly responsible for constructing the venues.

"We’re not in a position to respond as we’re not the constructors," he said.

"But maybe private money utilisation should be reviewed.

"Capital from the private sector [could be used] even regarding the National Stadium and especially the Ariake Arena [one of two potential volleyball venues still being considered]."

Concerns with Tokyo's budget rose in September when a TMG Task Force warned that drastic changes must be taken to avoid the total costs ballooning to ¥3 trillion (£22 billion/$30 billion/€26 billion).

"We will rigorously make sure there is no waste," Muto added today.

"All the parties will also make similar efforts to reduce the budget.

"Ultimately, this time next year we will be submitting our second V2 budget.

"At that time, the result of our effort should be reflected."

A first Tokyo 2020 Coordination Commission inspection in over a year since July 2015 is due to begin here tomorrow.