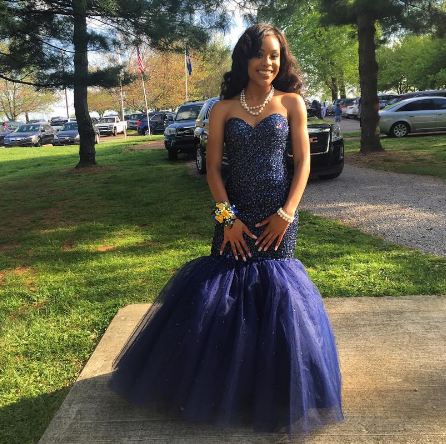 Chazerae M. Taylor and D’markeo C. Taylor, a father and son, were arrested in connection with the shooting.

Their arrest followed Dvonta Middlebrooks being detained earlier, with the 21-year-old charged with "wanton endangerment and possession of a firearm by a convicted felon".

Middlebrooks has been accused of firing multiple shots at the time of the incident, which took place at 4am local time yesterday at a restaurant car park in Lexington in Kentucky.

"A juvenile who was struck at the scene was transported to a hospital by private vehicle and then transferred to UK (University of Kentucky) Hospital, where she was pronounced deceased.

"The victim has been identified by the Fayette County Coroner’s office as 15-year-old Trinity Gay of Lexington."

Trinity Gay was an athlete and competed for the Lafayette High School.

"She didn't make it, I'm so confused," he was reported as saying.

"She was just here last week for fall break.

"I have no idea what happened."

Gay competed at the Olympic Games in Rio de Janeiro in August as a member of the United States’ men’s 4x100 metres relay team.

He had previously earned a silver in the event at London 2012, but their team were later stripped of their medals after he tested positive for a banned substance in 2013.

Gay has a personal 100m best of 9.69sec, the joint third quickest time in history.