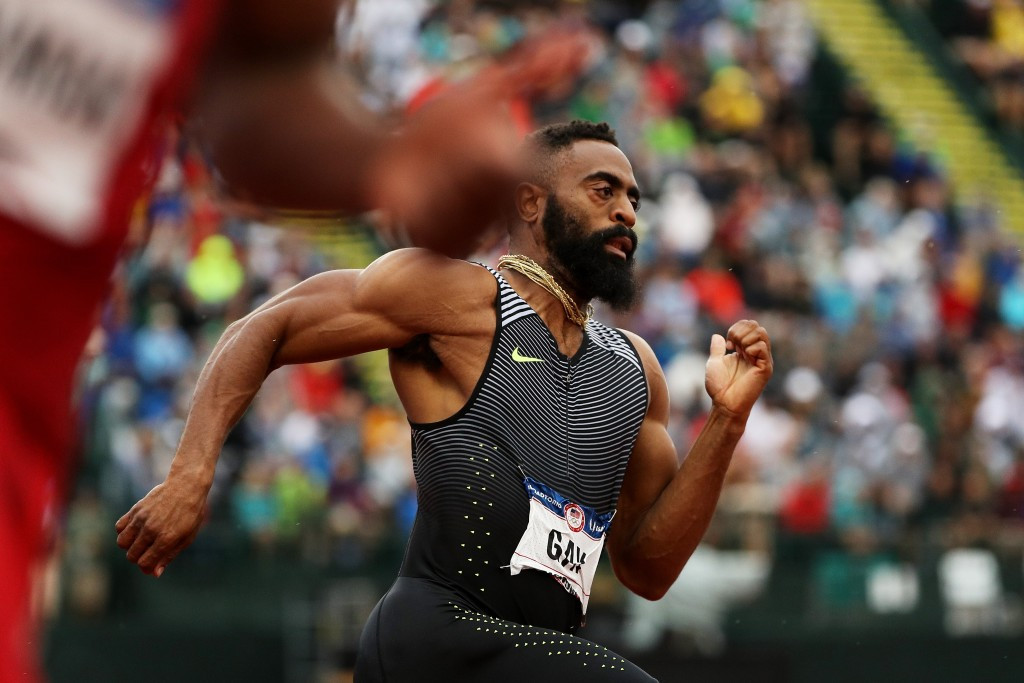 Sprinter Tyson Gay, the American record holder in the 100 metres, sat out USA Bobsleigh's National Push Championships as he ponders a switch to the winter sport.

The 34-year-old entered the event in Canadian city Calgary - to much fanfare - but was not on the starting list as Ryan Bailey, another track star, won the men's competition.

The event is seen as the first step to making the American national team but Gay decided he was not quite ready yet to compete.

"Tyson Gay, the American record holder in the 100m, opted not to compete in the men’s push competition," a USA Bobsleigh statement said.

"Gay flew to Calgary after finishing commitments following the 2016 Rio Olympics and has pushed a sled no more than 10 times.

"After meeting with the coaching staff it was decided that it was in Gay’s best interest to focus on learning and to watch the competition.

"He is expected to continue training with the team and may compete in the combination pushes later this week."

Sprinters have regularly made the switch to bobsleigh as their skill pushing the sled at speed is a highly valuable asset when it comes to the all-important start.

He pushed a time of five seconds from the brakes and 5.05 from the side for a total time of 10.05, which was enough to win despite him only pushing on ice for the first time this week.

"It wasn’t too much different at the start, but once it hit the crest and started going downhill the sled picks up speed really fast.

"I tried to think to myself, ‘Run faster, run faster."