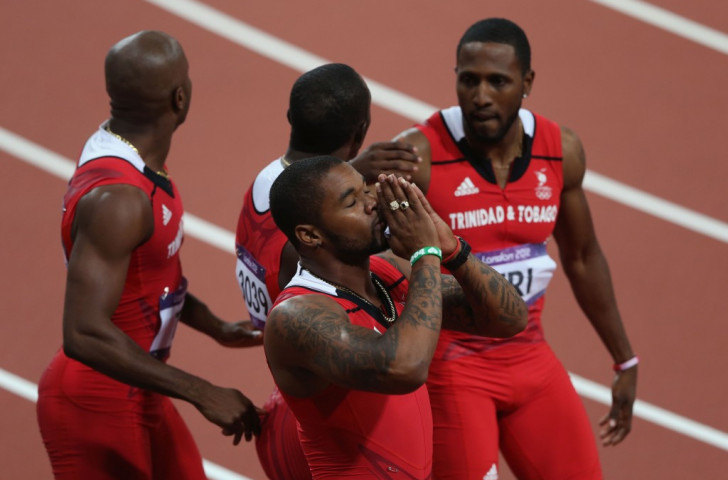 But team-member Richard Thompson claimed there are “flaws in the system” when it comes to doping in the sport.

The United States team had clinched the second place on the podium behind Jamaica but Gay’s ban meant all his results be annulled, including the 4x100 relay at the Olympic Games three years ago.

The International Olympic Committee (IOC) stripped them of their silver medal seven weeks ago, leading to Trinidad and Tobago, whose quartet was made up of Thompson, Keston Bledman, Marc Burns and Emmanuel Callender, to be upgraded.

Despite originally finishing fifth, France have been reallocated the bronze.

The news comes after Trinidad and Tobago Olympic Committee (TTOC) President Brian Lewis criticised the IOC for its lack of urgency in the redistribution of medals stripped from athletes and teams for doping offences, claiming the process is “long and drawn out”.

“I would like the IOC to review the process and ensure its fair to the clean athletes,” he told insidethegames.

The development represents a second upgrade for the Trinidad and Tobago team, whose time of 38.12sec saw them narrowly miss out on a medal in the event but they were awarded bronze after Canada were disqualified for a lane violation.

“This is bitter-sweet,” Thompson told The Express in Port of Spain.

“We live for a moment and not necessarily a monetary award.

“We work hard to cross the line, hold up the national flag, stand on the podium and be happy in that moment we worked so hard for.

“We were deprived of that opportunity.

“If the system was 100 per cent efficient Gay would have gotten a two-year ban, and Justin Gatlin would not be running anymore.

“There are flaws in the system, and Gay should not have been rewarded for cooperating.

“He should do that anyway and Gatlin failed two tests, and should have been banned for life.”

Lewis said in a statement that they had “received official confirmation from the International Olympic Committee (IOC) that the London 2012 men’s 4x100 sprint relay team will be reallocated the silver medal”.

Lewis also revealed that they have until July 18 to return their bronzes in order to receive their new silver medals.

"The TTOC will work with the athletes to ensure the IOC deadline is met," he added.

When asked about the process of the retrospective awarding last month, IOC communications director Mark Adams said that he thought no action would occur until the medals have been physically returned by the US athletes.

It is still not known whether the American team has given their medals back to the IOC.