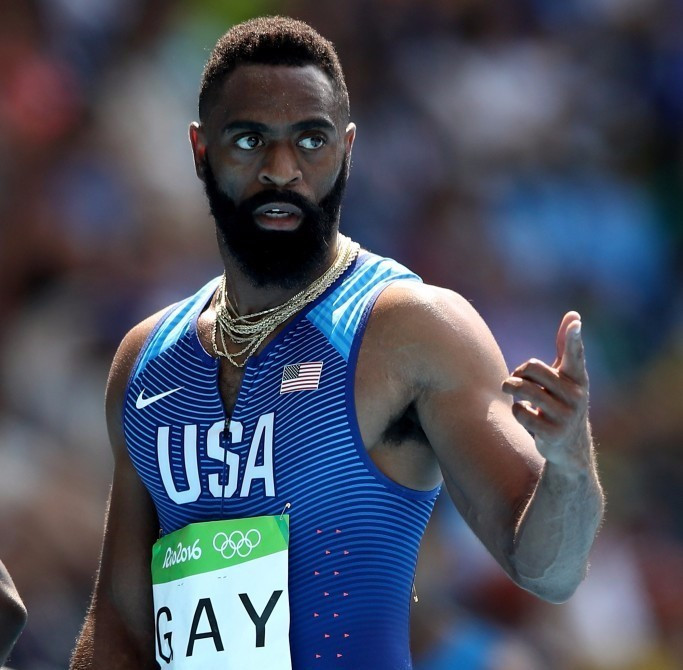 Triple world champion Tyson Gay has become the latest sprinter to reveal his intentions to compete internationally at bobsleigh.

The event is seen as the first step to making the American national team and will feature 56 veteran and rookie athletes, who will compete at the Indoor Ice House over the course of a week.

Gay, the American record holder over 100 metres, has entered despite only pushing a sled for a handful of days.

However, sprinters have regularly made the switch to bobsleigh as their skill pushing the sled at speed is a highly valuable asset when it comes to the all-important start.

Those successful at the event will be in the frame to compete for the US during the International Bobsleigh and Skeleton Federation (IBSF) World Cup season during 2016-17.

The United States usually announce their team in October or November, with the first World Cup race taking place in Whistler in Canada between November 28 and 30.

However, his career was blighted after he was hit with a one-year suspension after testing positive for a banned anabolic steroid in 2013.

That meant the American 4x100m team lost the silver medal they won at London 2012, and he was disqualified from the event again at Rio 2016 after the team were ruled to have exchanged outside the designated zone while en-route to bronze.

Gay will not be the only ex-sprinter involved as Ryan Bailey, who finished fifth in the London 2012 Olympic 100m, will also compete.

Other Americans to combine athletics and bobsleigh include Lauryn Williams, the London 2012 4x100m relay champion and 2004 Olympic 100m silver medalist, and Lolo Jones, a two-time Olympic 100m hurdler, who were pushers at the Sochi 2014 Winter Olympics.

Williams won a silver medal in Sochi in the two-woman event to join an elite club of medallists at both the Summer and Winter Games.

Sprinter Tianna Bartoletta and heptathlete Hyleas Fountain also competed in bobsleigh following London 2012, while Britons Allyn Condon and Craig Pickering are among others who have competed in both sports.

The last male Summer Olympian to make a US Olympic bobsleigh team was 1968 110m hurdles champion Willie Davenport, who finished 12th in the four-man at Lake Placid 1980.

American Eddie Eagan, who won boxing gold in the light heavyweight division at Antwerp 1920, became the first - and so far only - person to win gold medals at both the Summer and Winter Olympics in different events when he added four-man bobsleigh gold in Lake Placid in 1932.