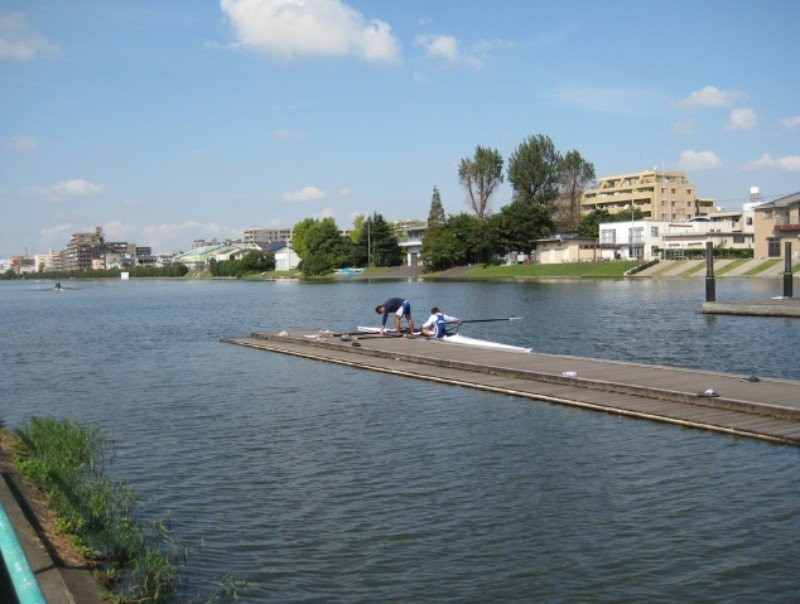 International Canoe Federation (ICF) secretary general Simon Toulson has dismissed suggestions that events in the sport at Tokyo 2020 should be staged at the same venue as for the 1964 Olympics following a request from the Japan Canoe Federation (JCF).

The JCF proposed the Toda Rowing Course in neighbouring Saitama Prefecture, which played host to the sports at Tokyo 1964, as a solution should initial plans to hold both rowing and canoeing at the planned Sea Forest venue be scrapped.

Abandoning plans to develop a new course in Tokyo Bay in favour of the existing Naganuma one in the Miyagi city of Tome, 400 kilometres away from the Japanese capital, was among changes recommended in a report commissioned by new Tokyo Governor Yuriko Koike, published late last month.

It was claimed that the budget could expand to ¥3 trillion (£22 billion/$30 billion/€26 billion), four times its initial value, unless drastic alterations, such as moving venues, are made.

The news has sparked widespread concern within the sports movement, particularly on the grounds that it will harm the athlete experience and affect a venue which has already been approved by both the International Olympic Committee (IOC) and world governing bodies for rowing and canoeing.

The JCF appear keen on a move to the Toda facility, while the Metropolitan Government Task Force are seemingly in favour of the Naganuma venue.

The ICF, the International Rowing Federation (FISA) and Tokyo 2020, however, are all unified in their belief that rowing and canoeing should be held at Sea Forest, the venue originally put forward by organisers.

The JCF suggested the Toda facility as a possible way out of the ongoing saga but Toulson says this is not feasible as it is “is no longer an easy solution because the area has since been built up since the Games”.

Toulson told insidethegames that it would be a "really a difficult venue for rowing and canoeing to use for the Games properly".

"The banks are steep next to the channel and also there are a lot of trees and buildings alongside the course,” he added.

"The support areas and temporary facilities, such as administration, TV compounds, team tents, storage etc cannot be accommodated close to the venue as there is no open flat land available.

"The analysis for both FISA and ICF is that Sea Forest is the most suitable venue for Tokyo 2020 from the options that have been presented to us."

Similar concerns to the ones expressed by Toulson exist within FISA over the Naganuma venue.

These include the fact that there is limited flat space for vital elements such as boat storage, spectator stands, parking lots and broadcast compounds.

An "under-developed power supply and telecommunications infrastructure" is another issue, along with a "lack of accommodation facilities for spectators and support staff".

Transportation infrastructure is highlighted as another problem due to the 85 kilometres distance between the proposed Olympic Village and the venue.

FISA insist the Sea Forest course remains their preferred choice as it is the "only venue in Japan which can meet the requirements for an Olympic Games regatta".

Tokyo 2020 warned yesterday that Naganuma could even cost more than Sea Forest, which would risk increasing expenditure rather than reducing it, which was the main aim of the Metropolitan Government Task Force report.

Talks regarding the issue are likely to continue, while the matter is also set to be discussed between Koike and Thomas Bach when the IOC President arrives here next week.

Should Koike approve the change, there appears little Tokyo 2020 can do in spite of the views of the main parties involved.