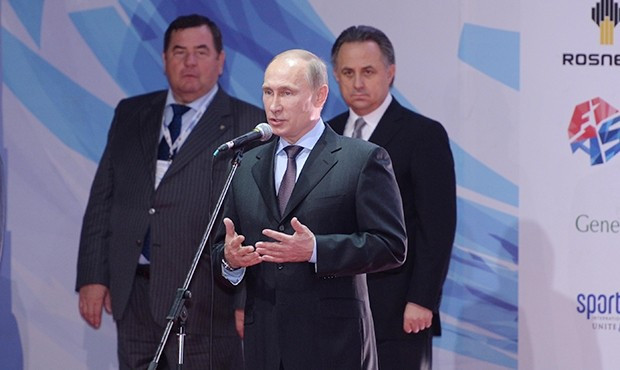 Russian President Vladimir Putin has called for "every effort" to be made to have sambo recognised by the International Olympic Committee (IOC) after the sport’s world governing body officially submitted its application.

Putin, an Honorary President of the International Sambo Federation (FIAS), made the call while addressing a session of the Council for the Development of Physical Culture and Sport in the historic Vladimir region.

"Sambo wrestling is one of the candidates viewed by the International Olympic Committee and we need to do everything possible to make this popular and spectacular martial art to enter the Olympic programme," he said.

Putin added the inclusion of sambo would require a lengthy and labour-consuming period, but insisted "we need to be thinking about it and working on it".

He also spoke at the sixth "International Sports Forum Russia - A Sports Power" before visiting the "Day of Sambo" festival in Vladimir, where he watched young athletes taking part in training exercises.

The athletes told Putin about various training programmes and sambo disciplines presented at the festival, such as defence against an armed criminal.

Sergey Yeliseyev, President of the All-Russian Sambo Federation, told TASS a request to include the Russian-originated wrestling format in the official Olympic programme had been submitted.

"I would like to stress that the sport of sambo was already included in the programmes of such major international competitions as the European and Asian Games, the Universiade and SportAccord Martial Art and Combat Games," he said.

FIAS had been hopeful of being put forward for full recognition at the IOC Session in Rio de Janeiro in August, only to be overlooked along with several other Federations.

Rashid Nurgaliyev, deputy secretary of the Security Council of the Russian Federation, told TASS that sambo is soon likely to be introduced on the Olympic programme, despite strong competition from other sports.

"There are people, who are lobbying other sports disciplines," Nurgaliyev, who is also the head of the sambo development working group, said.

"I believe that all 100 countries, which are developing sambo and all followers of the wrestling have the right for sambo to be included in the Olympic programme."

FIAS President Vasily Shestakov, a political ally of Putin, claimed last year that there are "no barriers" left to stop them becoming recognised by the IOC.