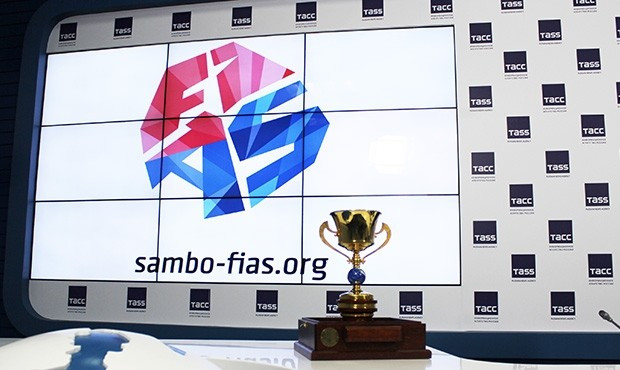 Scotland’s capital Edinburgh is set to host the third edition of the sambo President’s Cup on Saturday (September 24) as some of the sport's top athletes battle it out for honours at the Meadowbank Sports Centre.

Russia will be out to defend their title having triumphed at the two previous instalments of the event, held in London in 2014 and Manchester in 2015.

Hosts Scotland will be trying to prevent them securing a third successive crown, along with France, Ghana, Italy, The Netherlands and a team from the Commonwealth.

The tournament's main prize is a gem-encrusted Challenge Cup, which weighs around 10 kilograms.

"A total of 22 countries participated in the Sambo President's Cup tournaments over the past three years, which means that the sport of sambo is making confident steps around the globe uniting people, countries and continents," International Sambo Federation President Vasily Shestakov told TASS.

Sambists from Australia, France, Great Britain, Russia, Slovenia, Trinidad and Tobago and the United States have already confirmed their participation in the competition.

The event was added to the programme last year when Russia’s Mikhail Mokhnatkin defeated Britain’s Matthew Clempner 4-1 in the sole final, held in the 100kg division.

"Our family (of sambo) has been recently joined by athletes from the United States, Poland and Aruba, which is an island state in the southern Caribbean Sea," Shestakov added.

"Who could even possibly think in the past that sambo would be some day practiced there (in Aruba)?

"It became possible due to the President's Cup in Edinburgh."

Sponsored by Russian integrated oil company Rosneft, this year’s sambo President’s Cup will be chaired by Princess Katarina of the former Kingdom of Yugoslavia.

Among those expected to attend the event is former world sambo champion Mikhail Kokorin, who as President of the Saint Petersburg Sambo Federation is heading a 40-strong delegation from the Russian city along with Governor Georgy Poltavchenko.

The Consulate General of the Russian Federation to Scotland and the chief executives of several county councils are also due to be present.

Sambo, a martial art, is currently striving for recognition from the International Olympic Committee.