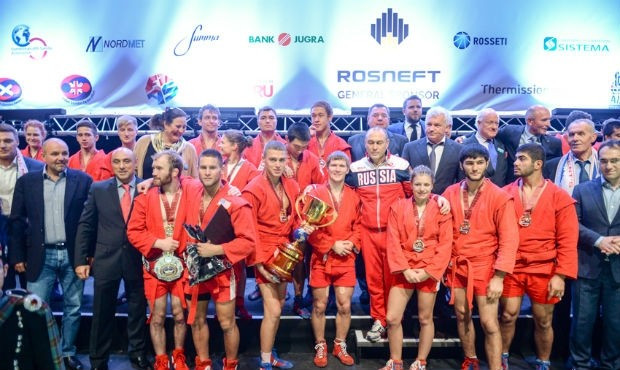 The Russians beat The Netherlands 6-1 in the final to secure an impressive hat-trick of titles during the third-staging of the tournament.

Six teams took part in the Scottish capital in all and were divided into two sub-groups.

The Russians were in Group One alongside France, the bronze medallists last year, and the hosts Scotland.

Group Two, meanwhile, pitted together The Netherlands, Spain and Italy.

Russia dominated their group, advancing with a combined score from their two matches of 7-0 after clear wins over both of their opponents.

The Dutch team beat Italy 5-2 and then thrashed Spain 6-1 to have the chance to compete for the gold medal.

The Russians dominated the final, winning all but one of the matches in the early stages of the bout.

Only Arsene Siminyan was defeated in the 90 kilogram category but it had no baring on the final result.

In the battle for the two bronze medals, France eased to a 7-0 victory over Scotland with Italy defeating Spain 6-1.

Individual titles were up for grabs in a Combat Sambo Grand Slam held over four weight classes - 62kg, 74kg, 82kg and 90kg.

There was double success for the United States as Evan Chmieleski and Patrick Sabatini were successful in the 62kg and 74kg competitions respectively.

Sambo, a martial art that literally means "self-defence without weapons", was created in 1938 in the former Soviet Union by Vasilii Oschchepkov and Viktor Spiridonov.

According to the International Sambo Federation, sambo is practiced in 105 countries, with 84 National Federations on five continents.

The sport is striving for Olympic recognition.